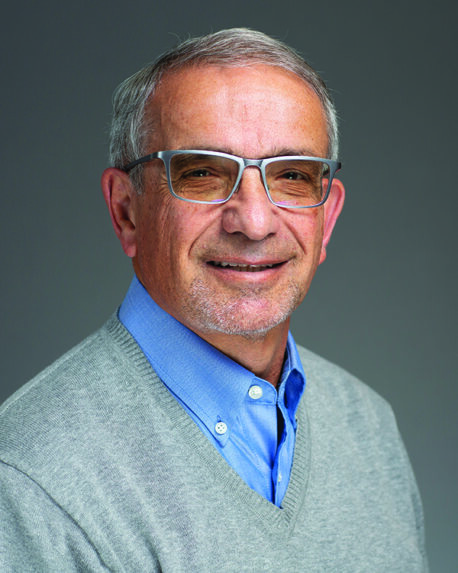 After 31 years of leading groundbreaking studies at La Jolla Institute for Immunology (LJI), Professor Amnon Altman, Ph.D., is retiring and transitioning to the role of professor emeritus. Over those years, Dr. Altman’s research into T cell activation opened the door to new therapies for inflammation, autoimmune diseases, cancers, and more.

Dr. Altman was born in Israel and came to the United States in 1975 to complete postdoctoral studies at the National Institutes of Health. After serving on the faculty at Scripps Research, Dr. Altman joined LJI in 1990, just a year after the Institute was founded.

At the time, LJI had strong backing from the pharmaceutical division of Kirin Brewery in Japan, but it had yet to prove that it could compete for federal funding. “It was a small institute taking its first steps, and there was no guarantee that LJI would be successful, so there was some risk involved,” says Dr. Altman.

Dr. Altman took the leap and launched LJI’s Division of Cell Biology. Since then, he’s seen the Institute grow from about 40 employees to nearly 500. “I’ve lived through essentially the whole life of the Institute,” says Dr. Altman.

When Dr. Altman began his independent research career in the 1980s, the field of T cell activation was in its early days. “There were many open questions,” he says.

Then in 1990, his laboratory published a pivotal study in Science showing that, when T cells are triggered through their antigen-specific T cell receptor, the earliest biochemical event in T cell activation was a process of phosphorylation of proteins on tyrosine residues. This process was mediated by enzymes called protein tyrosine kinases, and it turned out to be a key signaling event for many cell types.

The Altman Lab then worked to characterize other types of protein kinase enzymes. This effort led to the discovery and biological characterization of an enzyme called protein kinase C-theta (PKCθ). “We demonstrated that this enzyme is essential for the proper activation of T cells,” says Dr. Altman.

Over time several drug companies have taken on projects to develop small molecule inhibitors of this enzyme. “The idea is that inhibition of this enzyme would inhibit autoimmune diseases or rejection of organ transplants,” Dr. Altman says.

In recent years, Dr. Altman has focused on improving the immune system’s ability to fight cancers. His work has focused on a subset of T lymphocytes called regulatory T cells (Tregs), which normally act to dampen excessively active immune responses that can cause autoimmune diseases and inflammation. However, in the context of cancer, these same cells act to suppress desirable antitumor immunity—and promote cancer progression. Dr. Altman’s work in mouse models showed that deleting an enzyme called protein kinase C-eta (related to, but distinct from, PKCθ) in a critical signaling pathway operating uniquely in Tregs reduces the suppressive activity of these cells and, hence, improves the immune system’s antitumor activity to slow tumor growth.

Outside of the science itself, Dr. Altman is most proud of his efforts to mentor the next generation of researchers. He has trained an estimated 65 postdoctoral fellows in his career, and many of these trainees have gone on to establish their own laboratories at universities around the world and serve as leaders at pharmaceutical companies.

Dr. Altman says learning can go both ways, and he encourages trainees to speak up. “I count on their opinions and their thinking,” says Dr. Altman. “I don’t have a monopoly on great ideas, and I expect to hear from them.”

As he transitions to retirement, Dr. Altman is looking forward to spending more time with his four grandchildren. He’ll also continue supporting LJI’s work in different ways, including, for example, assisting postdoctoral researchers with fellowship applications. Still, he says he will miss being a part of LJI on a daily basis.

“It’s a place where I was happy to come to work every day,” says Dr. Altman. “I’ll especially miss the daily contacts with young trainees coming to LJI from all over the world, who have enriched my life; they make me feel a lot younger than I actually am.”