LA JOLLA, CA—Researchers at La Jolla Institute for Immunology (LJI) have shed light on a process in immune cells that may explain why some people develop cardiovascular diseases.

Their research, published recently in Genome Biology, shows the key role that TET enzymes play in keeping immune cells on a healthy track as they mature. The scientists found that other enzymes do play a role in this process—but TET enzymes do the heavy lifting.

“If we can figure out what’s going on with these enzymes, that could be important for controlling cardiovascular disease,” says Atsushi Onodera, Ph.D., a postdoctoral researcher at LJI and first author of the new Genome Biology study.

LJI Professor Anjana Rao, Ph.D., co-discovered TET enzymes while working at Harvard University alongside Mamta Tahiliani, Ph.D., and L. Aravind, Ph.D. Their work showed that this family of three enzymes alters how our genes are expressed. 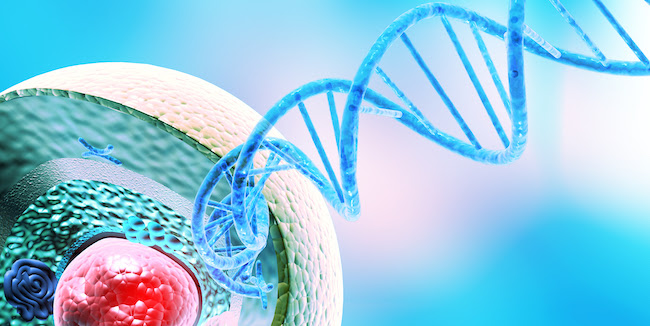 TET enzymes control gene expression by triggering a process called demethylation, where a molecule called a methyl group is removed from where it sits in the genetic code. Demethylation is important because it alters how a cell “reads” DNA. Image: Courtesy of La Jolla Institute for Immunology.

Over the last decade, Rao has shown the importance of TET activity in cancer development. Her work has revealed that TET enzymes are key to proper gene expression in immune cells—and they can actually protect against cancerous mutations.

For the new study, Rao and Onodera investigated how immune cell DNA can be altered by either TET enzymes (a process called passive demethylation) or by a DNA repair enzyme called TDG (active demethylation).

The researchers aimed to uncover which demethylation pathway has a bigger role in determining the gene expression—the very fate—of immune cells.

The researchers started with two immune cell models: CD4 “helper” T cells and monocytes. Both cell types must proliferate and mature into more specific cell types to help fight off pathogens. However, once monocytes are differentiated into macrophages and stimulated with a molecule called LPS, they stop proliferating. By taking a close look at these CD4 helper T cells and macrophages the researchers could better understand proliferating and non-proliferating models.

The proliferation process is very quick, making it a prime time to witness how demethylation occurs and how it affects gene expression. Onodera used CD4 helper T cells to analyze the demethylation process using a cutting-edge computational analysis program developed for this study. This tool gives scientists an unprecedented look at which regions of DNA within a cell are methylated.

“We found that in immune cells, most demethylation happens through the passive pathway,” explains Onodera.

This discovery is important because TET mutations can be life-threatening. Previous studies have shown that mutations in the TET2 enzyme disable (or interfere with) some of the normal restraints on healthy monocytes. The monocytes go rogue and mature into inflammatory macrophages. People bearing TET2 mutations in macrophages have a 40 percent increase in their risk of developing cardiovascular disease.

A deeper understanding of how TET enzymes work could help researchers know where to intervene and help patients with this kind of mutation.

Onodera’s new analysis program for identifying changes in DNA modification may also prove useful for understanding how TET mutations in immune cells can lead to blood cancers. He explains that researchers could potentially use the program to identify patients who may have different treatment outcomes based on where their DNA has been demethylated.

“Hopefully we can apply this technique to disease diagnoses,” says Onodera.

In fact, Onodera says the new sequencing and analysis program from this study can be applied to many immune cell types and many disease models.

“At this point, we can make significant progress in understanding the molecular mechanisms behind DNA demethylation,” Onodera says.