Researchers track down metabolic enzyme that protects against inflammation

LA JOLLA, CA—Scrape your knee, and you’ll see some red puffiness appear around the injury. This is inflammation, and it is driven by the immune system.

Now a new study from scientists at the La Jolla Institute for Immunology (LJI) shows that a previously poorly understood enzyme actually inhibits inflammation in blood vessels. The research offers a potential path to treating DADA2, an inflammatory blood vessel disease in children that is similar to Kawasaki disease.

“This is all pretty uncharted because for a long time, this was a very misunderstood enzyme,” says Sonia Sharma, Ph.D., associate professor at LJI and senior author of the new study in Science Advances. “But we showed that the metabolic activity of this enzyme, ADA2, is very important for restraining the immune system in both vascular cells and immune cells.” 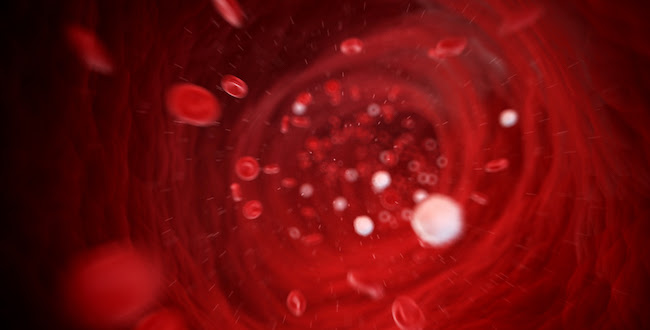 DADA2 vasculitis, which leads to massive inflammation of small and medium blood vessels, is caused by a mutation in the enzyme ADA2.

Linking a mysterious enzyme to inflammation

Sharma’s lab is dedicated to uncovering the earliest cellular and molecular origins of inflammation. Her work has led her to focus on stromal cells, which can initiate inflammation as a result of cellular damage, transformation or infection. This group of cells includes the endothelial cells that line your vascular system. Because endothelial cells are in constant contact with your blood, they are in a good position to raise the alarm when they detect viruses, bacteria, tumor cells or tissue damage. This kind of early detection is called an innate immune response, and it forms the foundation of downstream inflammation.

“We think the stromal cells’ capacity for sensing early pathogenic threats is likely very important for initially coordinating and developing the magnitude, duration and quality of the downstream immune response,” says Sharma, “and ultimately determining whether the immune response is protective or pathogenic in nature.”

Sharma and her colleagues looked at a group of uncharacterized human disease genes linked to lupus-like autoimmune diseases that all cause multi-organ systemic inflammation or vasculitis. All the diseases were linked to single-gene mutations, but in most cases no one had uncovered exactly how each mutation affects the innate immune system. For the new study, the researchers asked if any of the disease-linked genes play a role in how stromal cells respond to threats by initiating an innate immune response.

Their search led them to an enzyme called ADA2, which is mutated in ADA2 deficiency disease (DADA2), and whose loss stimulated a robust innate immune response in ADA2-deficient endothelial cells and in white blood cells called monocytes.

The researchers were intrigued. Although ADA2 was implicated as a bio-marker for infection and inflammation, ADA2 is not thought of as a functional player in the immune system. Instead, this protein with metabolic enzyme activity was considered mostly redundant with its cousin, ADA1, which breaks down immune-modulatory molecules called purine nucleosides. Sharma says ADA2 was misunderstood.

“For a long time, ADA2 was ignored—no one thought it did anything,” says Sharma. “What we know now is that both ADA1 and ADA2 play a much more nuanced role in regulating the bio-activity of purine nucleosides, which are powerful signaling molecules for the immune system.”

In fact, two 2014 studies linked genetic loss of ADA2 to the inflammatory condition DADA2, which is a childhood-onset vasculitis syndrome. The new study gave Sharma the impetus to further investigate ADA2’s functional role in inflammation.

The new finding from Sharma’s lab is the first one to show that the metabolic enzyme activity of ADA2 can play a role in regulating vascular inflammation. “Loss of ADA2 drives metabolic dysregulation which in turn drives immune dysregulation and inflammation, so what we ended up identifying was new immuno-metabolic axis,” says Sharma.

At last ADA2’s role in disease made sense.

Sharma says that a better understanding of ADA2 and purine nucleoside metabolism may open the door to new therapies for treating DADA2 and other types of multi-organ systemic inflammation. She believes that targeting the roots of these diseases will likely require a gene therapy approach or bone marrow transplants to reconstitute ADA2 in patients who cannot make the enzyme themselves.

“I think our study suggests the simplest treatment must be pursued to correct the metabolic dysregulation—we must reconstitute this particular enzyme activity in patients, ultimately,” Sharma says.

Sharma’s lab is currently studying how the novel coronavirus may infect stromal endothelial cells and other cells involved in stimulating the body’s innate immune response. They are hoping to shed light on how the viral pathogenesis is linked to vascular complications and the recently described Multisystem Inflammatory Syndrome in Children (MIS-C), which has similarities to Kawasaki disease and DADA2. By tracking ADA2 activity and purine nucleoside levels in the blood of COVID-19 patients, Sharma’s lab may be able to see if the virus really is targeting the vascular system.