Why I Give: David Anderson on supporting accessible science 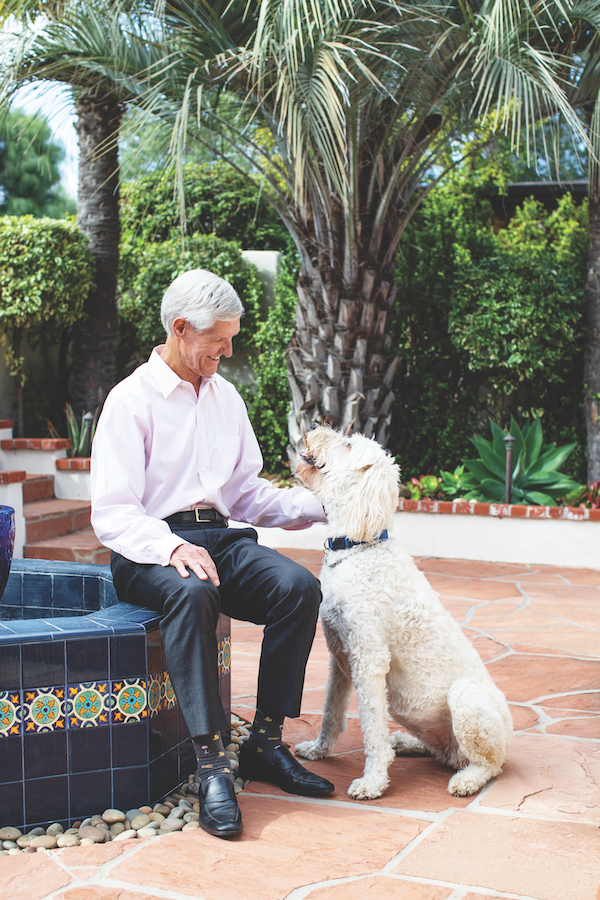 David Anderson was looking for ways to support research at La Jolla Institute for Immunology (LJI) long before the COVID-19 pandemic. He went from an Institute supporter to a leader when he took a position as Co-Chair of the LJI Planned Giving Advisory Council.

Why LJI? “The access LJI gives its supporters to the Institute’s stunning science is unprecedented,” he says. “Immunology is the key to controlling or curing many of our most dangerous diseases.”

San Diego is Anderson’s hometown. He grew up on Coronado before heading to college and law school on the East Coast. After college he became a Navy fighter pilot, and from 1965 to 67, flew the F-4 out of Miramar in San Diego and on the Kitty Hawk in Vietnam. In 1969, he left the Navy for law school at Harvard. He returned to San Diego in 1981 and began building his estate planning practice, which he continues today.

Anderson has watched the biomedical industry’s growth here, starting with Hybritech, Inc. in the early 1980s. “I’m thrilled with what’s been happening on the Torrey Pines Mesa for over 30 years. The collection of minds out there is stunning,” says Anderson. “The spirit of collaboration is higher in San Diego than
any place else I know. Scientists regularly pick up the phone and trade information with colleagues working at UC San Diego or other firms, just a few blocks or a continent away.”

In Anderson’s experience, LJI is an especially collaborative and accessible institute, and the COVID-19 pandemic brought it to the world’s attention.

“LJI gives great seminars and webinars for the public—and they were doing so before the pandemic,” says Anderson. As society went into lockdown, he was impressed by how LJI scientists took time from their work to explain the COVID-19 realities to the public. “There was a lot of misinformation out there, and good information was often hard to come by. LJI has provided useful and timely information to the public,” he says.

Anderson’s goal is to share LJI’s progress with an even wider audience of supporters.
In addition to giving to the Institute himself, he’s worked closely with the LJI Advancement team to help labs get the financial boosts they need as they take on COVID-19 projects.

“At LJI, an individual’s donation has an immediate and real impact on the scientists’ work,” says Anderson. “Giving to LJI enhances the quality, depth, and breadth of their work and significantly enhances their ability to do life-changing work.”