A cancer without a cause 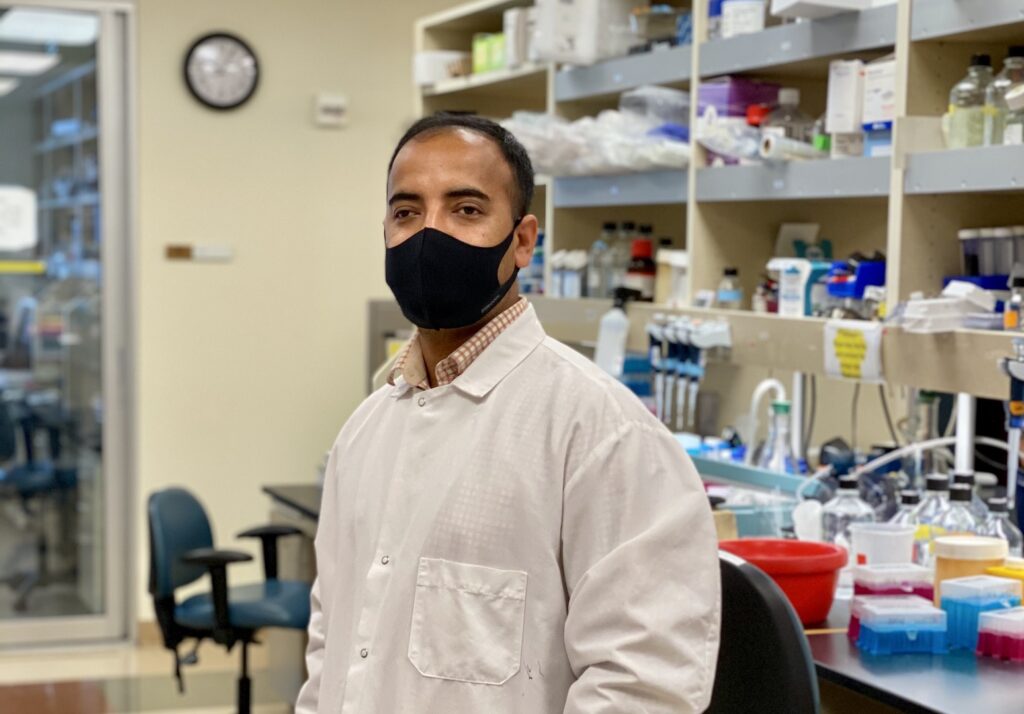 When screening for mutations in the BRCA1 and BRCA2 genes became an option in the late 1990s, many women felt hopeful. At last there was a way to track whether mutations linked to breast and ovarian cancers ran in the family. At-risk women who tested negative for those mutations felt they could let out a sigh of relief. Many who tested positive felt they had valuable information.

“There are many other risk factors that we haven’t uncovered yet,” says Anup Kumar Singh, Ph.D., a postdoctoral fellow at La Jolla Institute for Immunology (LJI).

Singh came to LJI from a postdoctoral position at the prestigious cancer hospital City of Hope last December. He has joined the lab of LJI Professor Anjana Rao, Ph.D., a renowned gene expression expert and member of the LJI Center for Cancer Immunotherapy.

With the new funding, Singh will spend the next year studying how chromatin is organized in cells. Chromatin is the material that “packages” the genome into tidy chromosomes. In addition to DNA, chromatin contains many proteins, and genetic mutations in any of these proteins can cause chromatin dysfunction. Errors in chromatin organization and function can lead to a disorganized genome—a hallmark of cancerous cells.

Scientists already know that BRCA1 is important for normal chromatin organization and controlled cell division, and that it prevents certain types of damage to DNA. Mutations in BRCA1 disrupt this process and enhance ovarian cancer risk. Singh wants to see if mutations in other proteins in chromatin could also be risk factors for cancer initiation, including ovarian cancer.

Strangely, although BRCA1 is involved in DNA repair in all cell types, BRCA1 mutations manifest primarily in breast and ovarian cancer and in a small proportion of other cancer types. In contrast, mutations in another protein, ASXL1, are found mostly in blood cancers, although the effects of these mutations overlap with those of BRCA1. Singh and another postdoctoral fellow in the lab, Zhen Dong, are collaborating to understand this paradox.

“By finding these risk factors, we may be able to develop more effective and broader ways to screen people to know if they are susceptible for ovarian cancer,” Singh says.