When a scientist picks up a camera

Dawid Zyla, Ph.D., sees patterns in everything. When he’s not in the lab, this La Jolla Institute for Immunology (LJI) postdoctoral researcher roams the world with a camera in hand. He has captured the cathedrals in Como, Italy, the wildlife of Kenya, and the skylines of Muscat, Oman.

For Zyla, a camera is just one of the many tools he uses to capture the unseen and unnoticed pieces of the world. His photos capture buildings and nature from odd, unexpected angles. His scientific work reveals the inner workings of proteins.

“I like to match patterns, and I think this is similar to what I do in science,” he says. “You can walk around something and not see the patterns, but then when you take the shot from the right angle, you can discover a lot.” 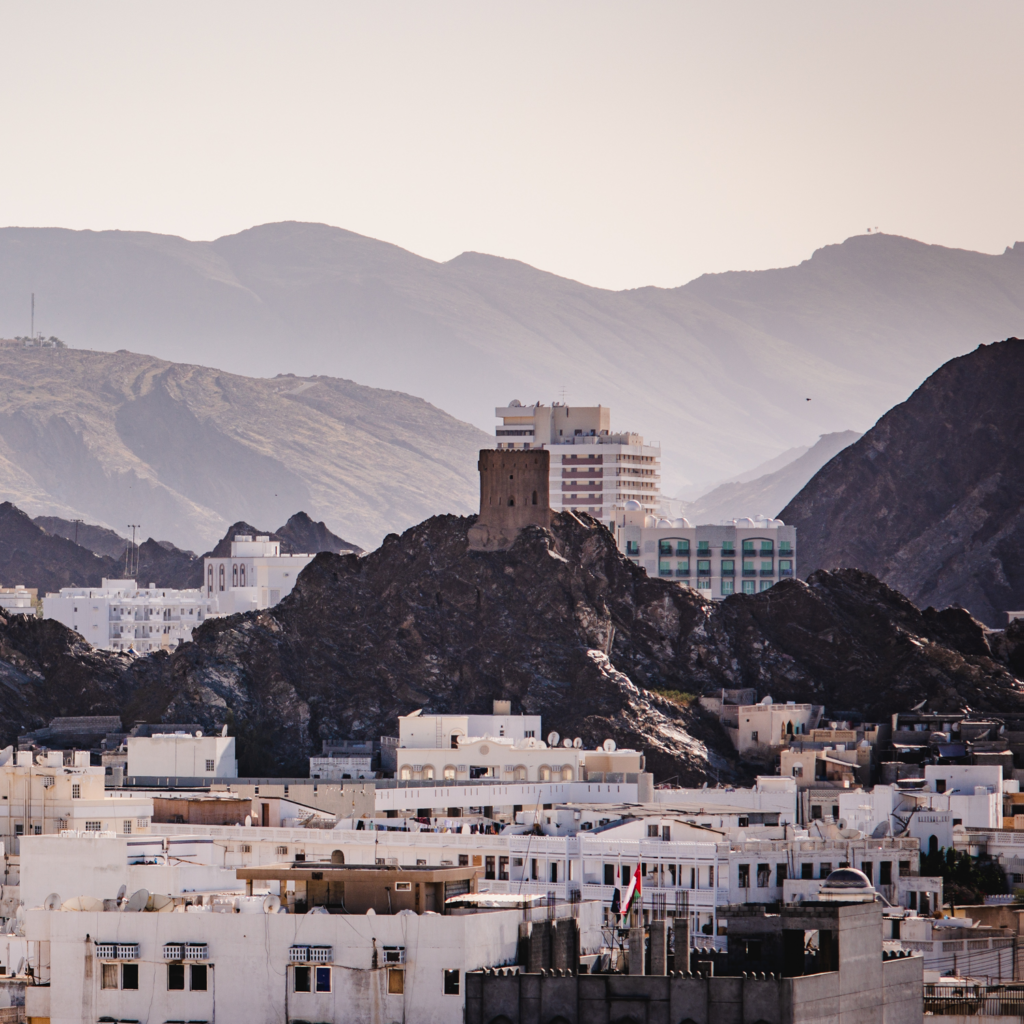 A blending of mountains and architecture in Muscat, Oman. Photo by Dawid Zyla.

Science and photography have always gone hand-in-hand for Zyla.

“I bought my first camera back when I was going for an internship in Oxford in 2011. This was before you had cameras in most phones, so I just got a point-and-shoot camera,” says Zyla. “This was the first time I left Poland for my career. It was a stressful time in my life—I was going to one of the best universities in the world—so I really wanted to document it somehow.”

Some of Zyla’s friends saw the photos and said they really liked them. Dawid upgraded his camera equipment and started to get creative with what he photographed. He says he’s tried his hand at photographing people, but he finds himself concentrating more on landscapes and intricate architectural details. Even the wedding portraits he takes include unexpected details. The bride and groom sit among stone archways or float behind a curtain of bubbles. 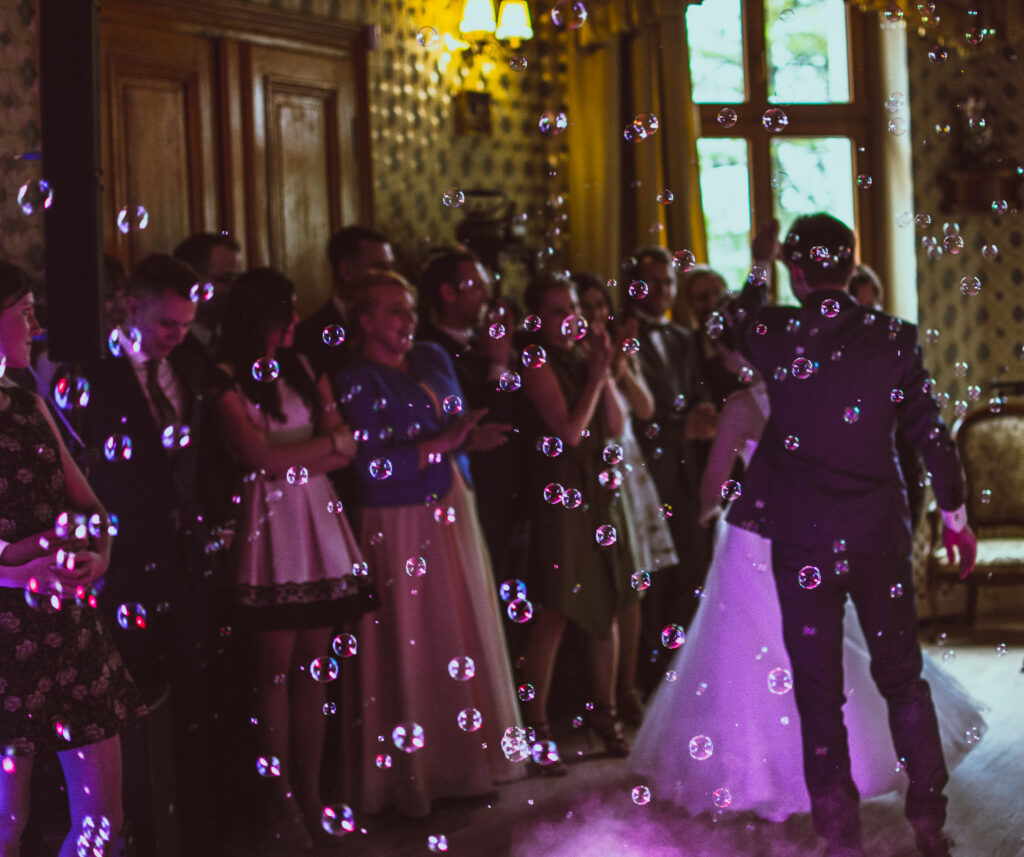 Like many photographers, Zyla enjoys the experimental side of photography. He tries out new equipment and plays with lighting, exposure and photo editing. He buys used lenses and vintage lenses from eBay.

“I like to play with the focal lens and the focus and so on,” says Zyla. “Now everywhere I go, I just carry so much stuff with me.” 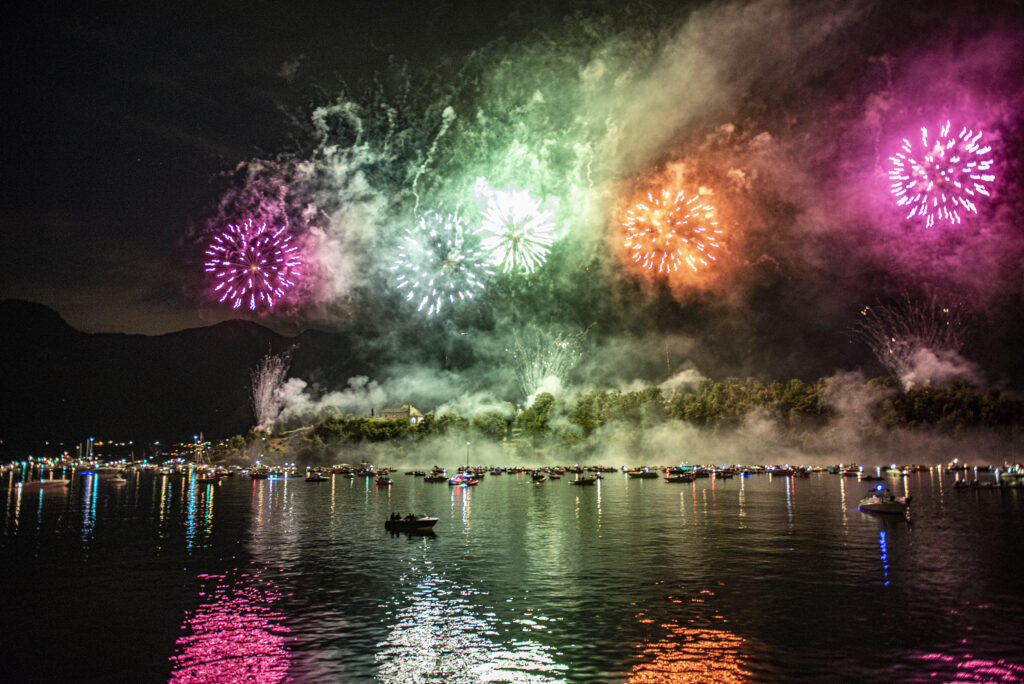 A celebration on Lake Como, Italy. Photo by Dawid Zyla

Zyla’s research is also about images. He works in the lab of LJI Professor Erica Ollmann Saphire, Ph.D., a structural biologist whose laboratory is pioneering the use of high-resolution imaging techniques as a way to pinpoint a virus’s weaknesses.

Already, Zyla’s research has shed light on several proteins that play important roles in human cells. He has studied these protein structures using x-ray crystallography, a technique where researchers reconstruct shapes by looking at how crystalized proteins diffract x-rays. Zyla has also experimented with an imaging technique called electron microscopy, which allows him to zoom in on pathogens such as enteroinvasive bacteria.

“I love looking at these images, because when you look at these things up close, they look really abstract,” says Zyla.

Of course, when one’s day job calls for the organizing of intricate patterns, it can be fun to shake things up. In his photography, Zyla’s been testing out techniques to capture multiple, overlapping exposures.

“I like to overlap patterns so that it’s hitting you from all different sides and you don’t really know what’s there,” says Zyla. “I like the chaos.” 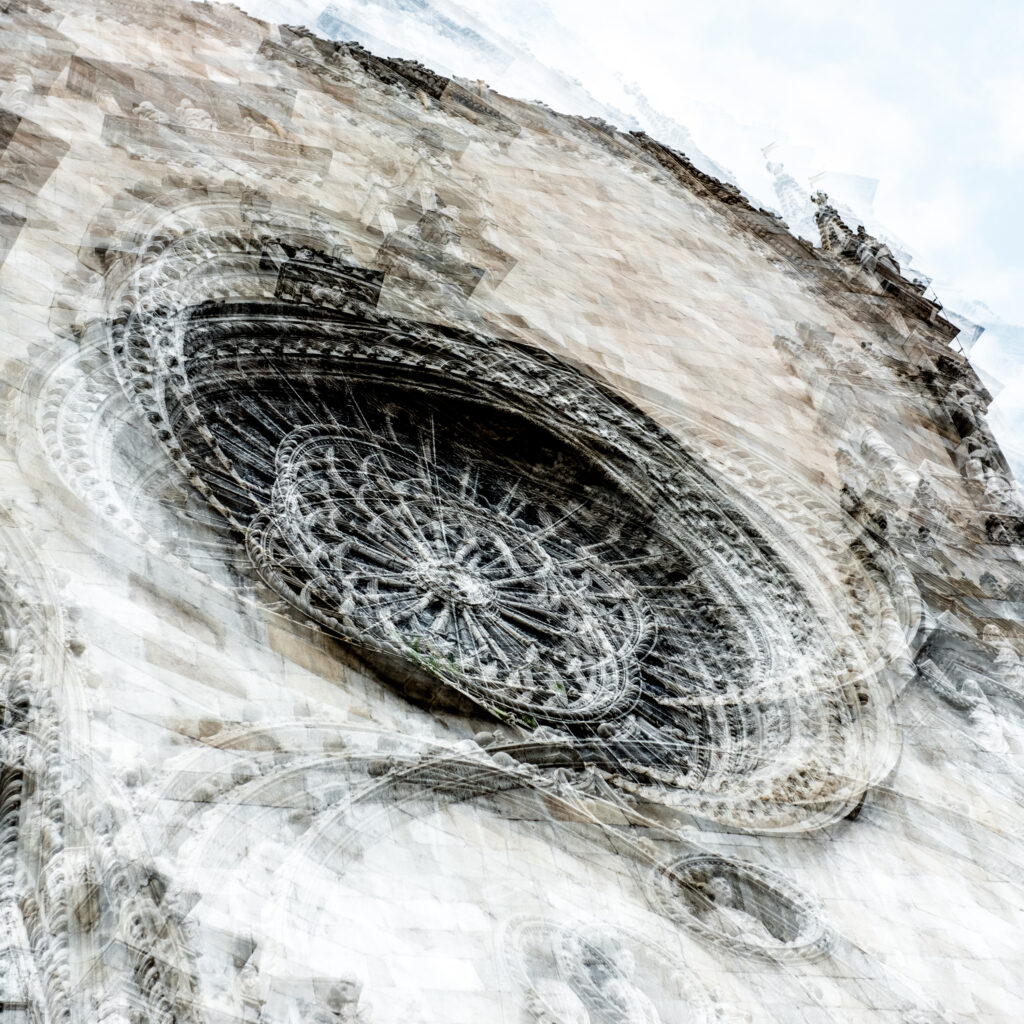 These days, Zyla is also trying his hand at drone photography—and the results are stunning. Peering from above, he has captured the San Diego coastline with its bold shifts from desert to sand to sea. He’s enjoying the chance to explore his home base from a different angle.

“It’s incredible what you can see when you can’t actually see it directly,” he says. 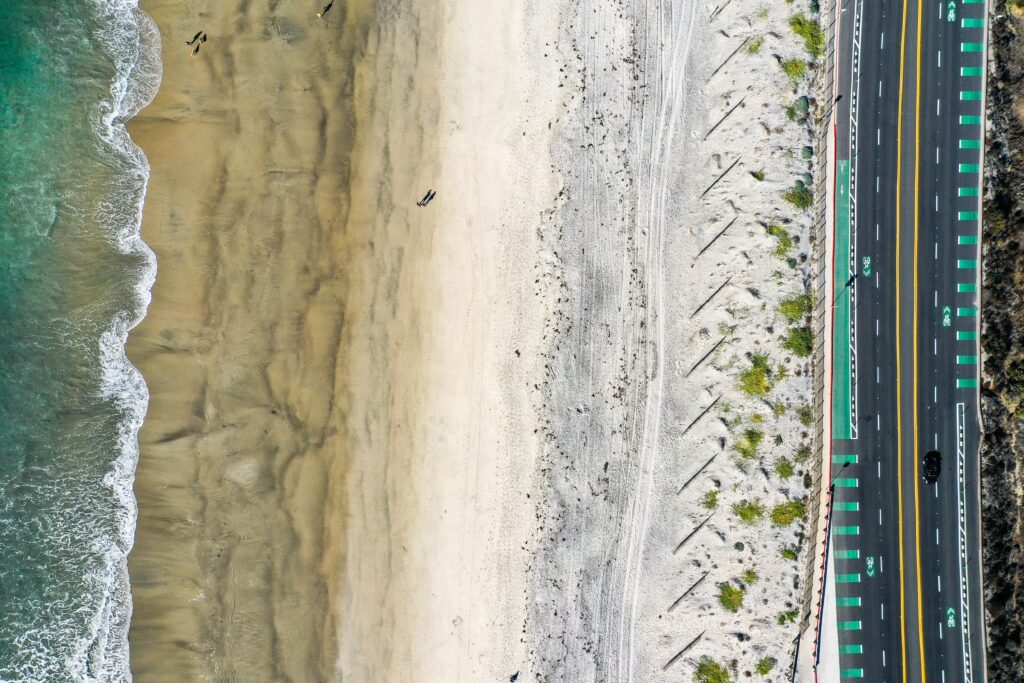 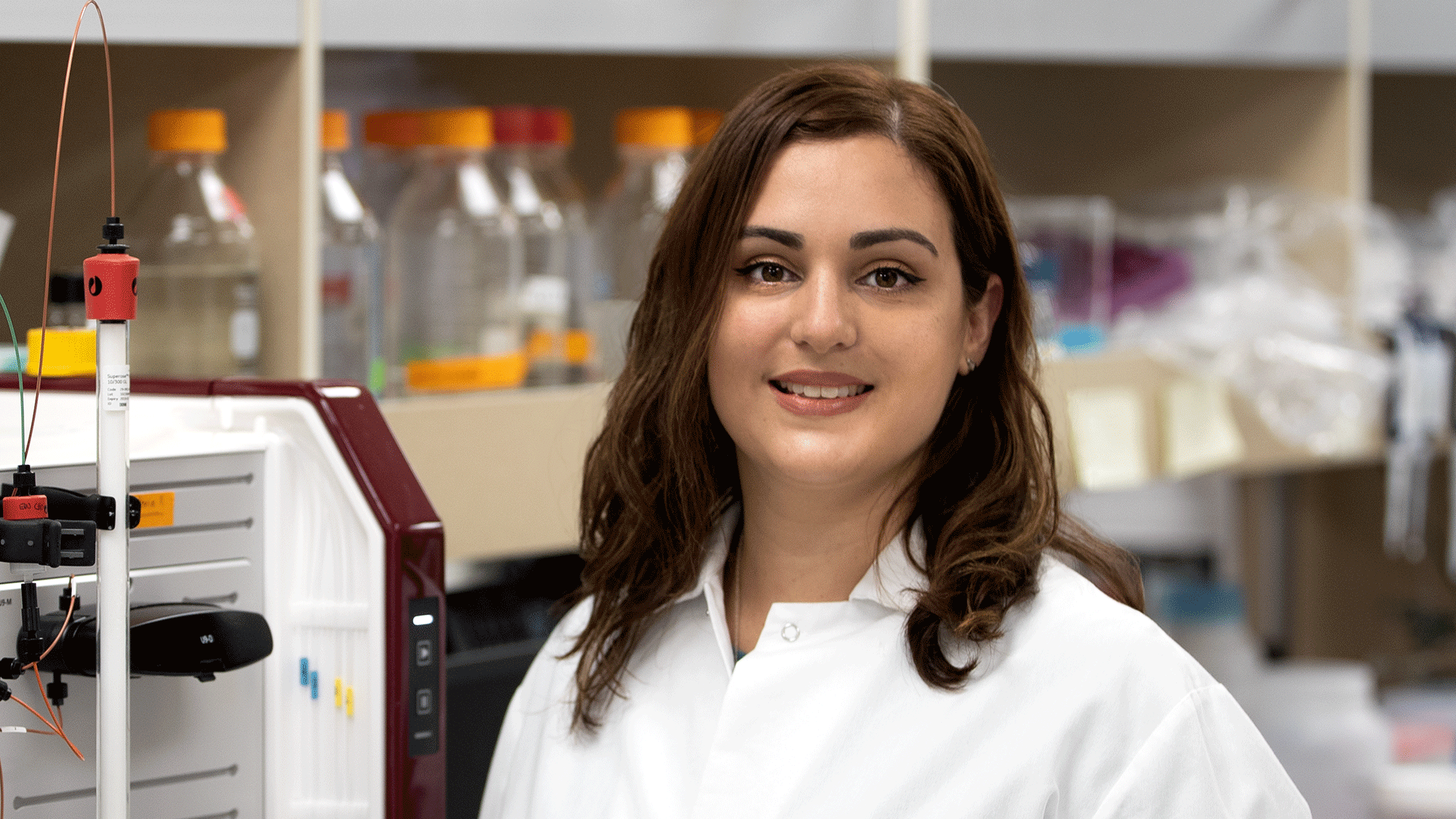 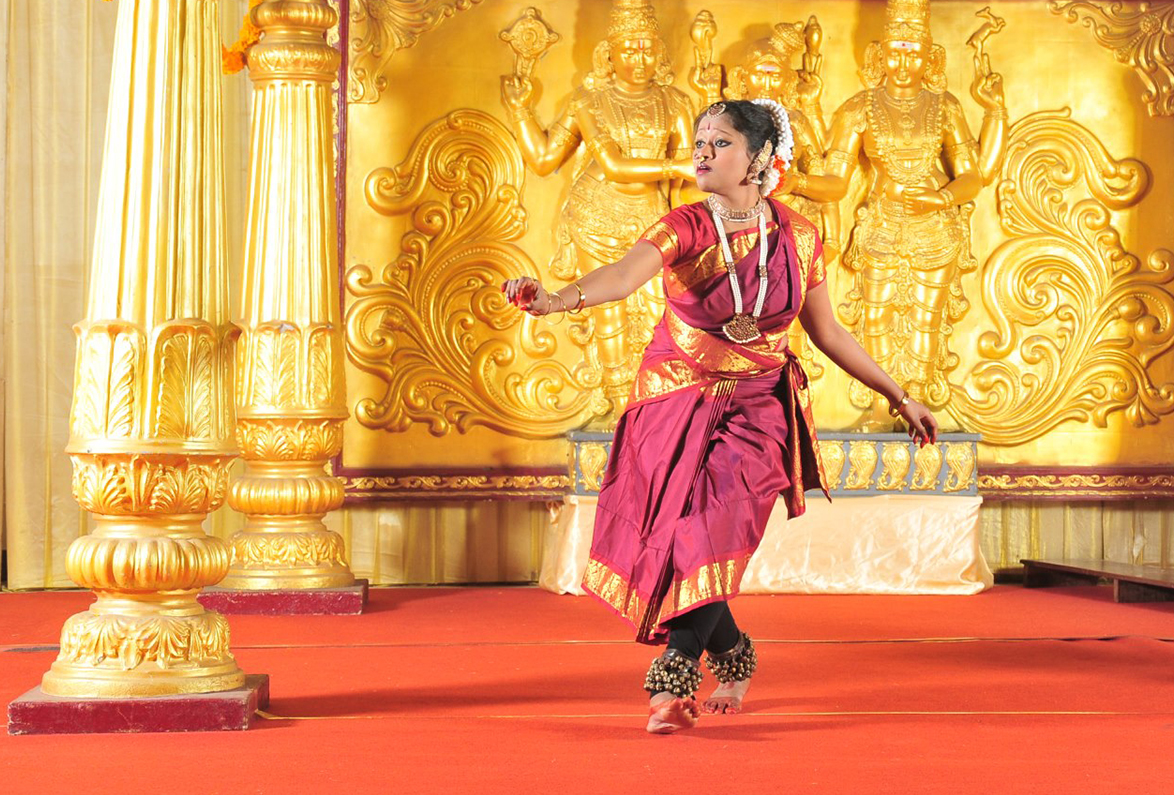 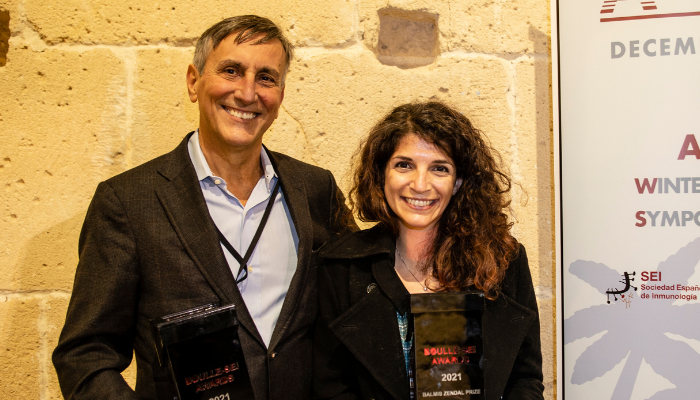