Researchers tracking COVID-19 mortality early in the pandemic noticed that some countries had a significantly lower mortality rate than others. After accounting for factors like population demographics and density, some researchers suggested that lower mortality correlated with higher rates of bacillus Calmette–Guérin (BCG) vaccination.

The BCG vaccine is given to babies in countries where tuberculosis is common—to protect them from this bacterial infection. One theory, published in the Proceedings of the National Academy of Sciences (PNAS), was that BCG vaccination might train the innate immune system—the body’s first line of defense—to also better respond to the SARS-CoV-2 virus. The study authors, researchers at Virginia Tech and the National Institute of Allergy and Infectious Diseases, emphasized that more research was needed.

In a new Letter, published Sept. 29 in PNAS, researchers at La Jolla Institute for Immunology (LJI) re-examine the correlation between BCG vaccination and COVID-19 case severity. Their updated analysis, based on data from the Johns Hopkins University Coronavirus Resource Center, compares mortality data in 51 countries. The original study tracked cases through April, but the new analysis follows cases through August.

The scientists, led by LJI Professor Bjoern Peters, Ph.D., point out that differences in case severity that could be attributed to BCG vaccination were no longer significant as the pandemic continued into August. The researchers show that Bolivia, Panama, Columbia, Peru, Brazil, Mexico and South Africa had the largest increases in COVID-19 deaths as of Aug. 1. These countries also have high BCG coverage.

For the BCG vaccine to provide protection, the immune response to the vaccine would also have needed to last for many years after infancy. The LJI scientists didn’t find evidence to support this idea. 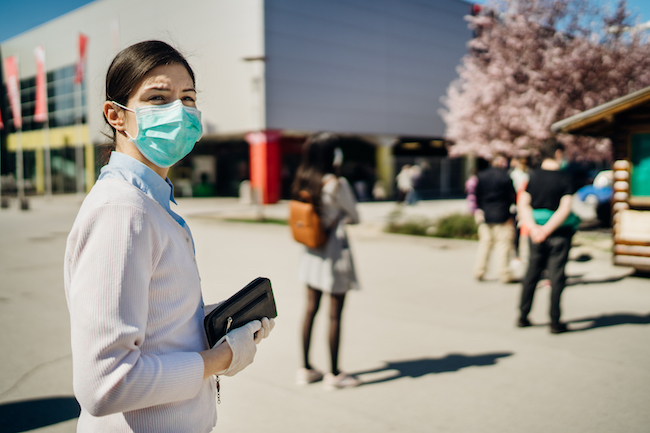 The new analysis underscores the importance of following COVID-19 safety guidelines, rather than relying on past vaccines or immune memory to stay healthy.

“Our attention was drawn to repeated claims in the lay media that there is a connection between BCG vaccination rates and COVID-19 occurrence or mortality,” says Peters. “We did not see any obvious mechanistic connection between the two, which would last over many decades as claimed in the original PNAS study.”

“I think it is important to look at all sides of the coin, especially when it comes to a fast-moving pandemic, to make sure that there is not a false sense of security and inaction,” adds LJI Research Assistant Professor Cecilia Lindestam Arlehamn, Ph.D., who served as first author of the Letter.

The researchers also took a closer look at COVID-19 mortality in Germany. Older people in Germany’s Eastern states had a lower mortality rate than those in the Western states, and an early study suggested this difference could be because older Germans in the Eastern states were more likely to have received a BCG vaccine as children.

The LJI team suggests a different explanation. They found that tourism trends could account for the mortality differences. They note that the initial spread of infections in the early stage of the pandemic in Germany was fueled by tourists returning from skiing vacations. The percentage of alpine skiers in different German states correlates well with the reported mortality.

Researchers continue to track COVID-19 cases in relation to BCG vaccination rates, and the LJI researchers hope ongoing randomized controlled trials will provide answers to whether bacillus Calmette–Guérin reduces the incidence and severity of COVID-19.

“It is difficult to draw conclusions in the middle of a pandemic,” says Lindestam Arlehamn. “Ongoing clinical trials with the appropriate controls will provide a more conclusive answer.”