LA JOLLA—A new study led by scientists at La Jolla Institute for Immunology (LJI) suggests that T cells try to fight SARS-CoV-2 by targeting a broad range of sites on the virus—beyond the key sites on the virus’s spike protein. By attacking the virus from many angles, the body has the tools to potentially recognize different SARS-CoV-2 variants.

The new research, published January 27, 2021 in Cell Report Medicine, is the most detailed analysis so far of which proteins on SARS-CoV-2 stimulate the strongest responses from the immune system’s “helper” CD4+ T cells and “killer” CD8+ T cells.

“We are now armed with the knowledge of which parts of the virus are recognized by the immune system,” says LJI Professor Alessandro Sette, Dr. Biol. Sci., who co-led the new study with LJI Instructor Alba Grifoni, Ph.D.

As COVID-19 vaccines reach more people, LJI scientists are keeping an eye on how different people build immunity to SARS-CoV-2. They are also studying how T cells could combat different variants of SARS-CoV-2. This work takes advantage of the lab’s expertise in predicting and studying  T cell responses to viruses such as dengue and Zika.

“This is even more important with COVID-19 because it is a global pandemic, so we need to account for immune responses in different populations,” says Grifoni. 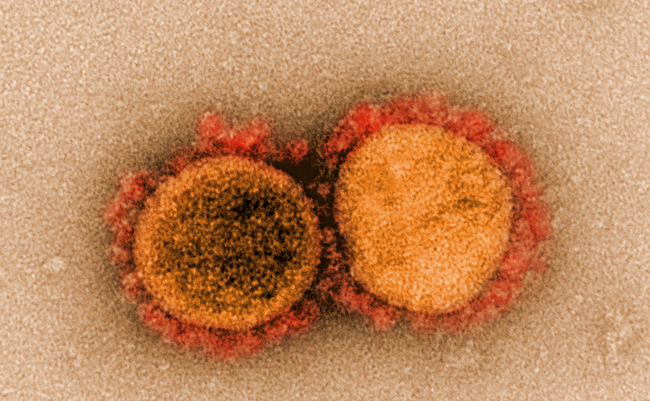 The immune system is very flexible. By re-scrambling genetic material, it can make T cells that respond to a huge range of targets, or epitopes, on a pathogen. Some T cell responses will be stronger against some epitopes than others. Researchers call the targets that prompt a strong immune cells response “immunodominant.”

For the new study, the researchers examined T cells from 100 people who had recovered from SARS-CoV-2 infection. They then took a close look at the genetic sequence of the virus to separate the potential epitopes from the epitopes that these T cells would actually recognize.

Their analysis revealed that not all parts of the virus induce the same strong immune response in everyone. In fact, T cells can recognize dozens of epitopes on SARS-CoV-2, and these immunodominant sites also change from person to person. On average, each study participant had the ability to recognize about 17 CD8+ T cells epitopes and 19 CD4+ T cell epitopes.

Without a strong CD4+ T cell response, however, people may be slow to mount the kind of neutralizing immune response that quickly wipes out the virus. Luckily, the broad immune response comes in handy, and most people have immune cells that can recognize sites other than the receptor binding domain.

Among the many epitopes they uncovered, the researchers identified several additional epitopes on the SARS-CoV-2 spike protein. Grifoni says this is good news. By targeting many vulnerable sites on the spike protein, the immune system would still be able to fight infection, even if some sites on the virus change due to mutations.

“The immune response is broad enough to compensate for that,” Grifoni says.

Since the announcement of the fast-spreading UK variant of SARS-CoV-2 (called SARS-CoV-2 VUI 202012/01), the researchers have compared the mutated sites on that virus to the epitopes they found. Sette notes that the mutations described in the UK variant for the spike protein affect only 8% of the epitopes recognized by CD4+ T cells in this study, while 92% of the responses is conserved.

Sette emphasized that the new study is the results of months of long hours and international collaboration between labs at LJI; the University of California, San Diego; and researcher’s at Australia’s Murdoch University. “This was a tremendous amount of work, and we were able to do it really fast because of our collaborations,” he says.