MHC class-II restricted CD4+ T cytotoxic cells (CD4 CTL) are among the best examples of extreme measures the immune system can take to prepare the host to deal with challenges including infections, cancers and autoimmunity. CD4+ T cells that initially committed to the T helper (Th) lineage in the thymus, have significant plasticity and are able as mature cells in the periphery to terminate the Th gene transcription program and switch on the Runx3-controlled cytotoxic phenotype and function as protective cytotoxic T lymphocytes (CTL) similarly like their MHC class I restricted CD8 counterparts. Repeatedly stimulated mature CD4 Th cells are able to lose Th-lineage master transcription factor (ThPOK; formally cKrox or Zfp67; encoded by Zbtb7b) and thereby also terminate T helper genes transcription and de-repress the Runx3controlled cytotoxicity-gene expression program. Currently, we are elucidating the mechanisms that lead to the reprogramming of CD4 Th cells to CTL, as well as determining their roles in preventing or causing inflammatory diseases and in anti-tumor or anti-viral immunity. 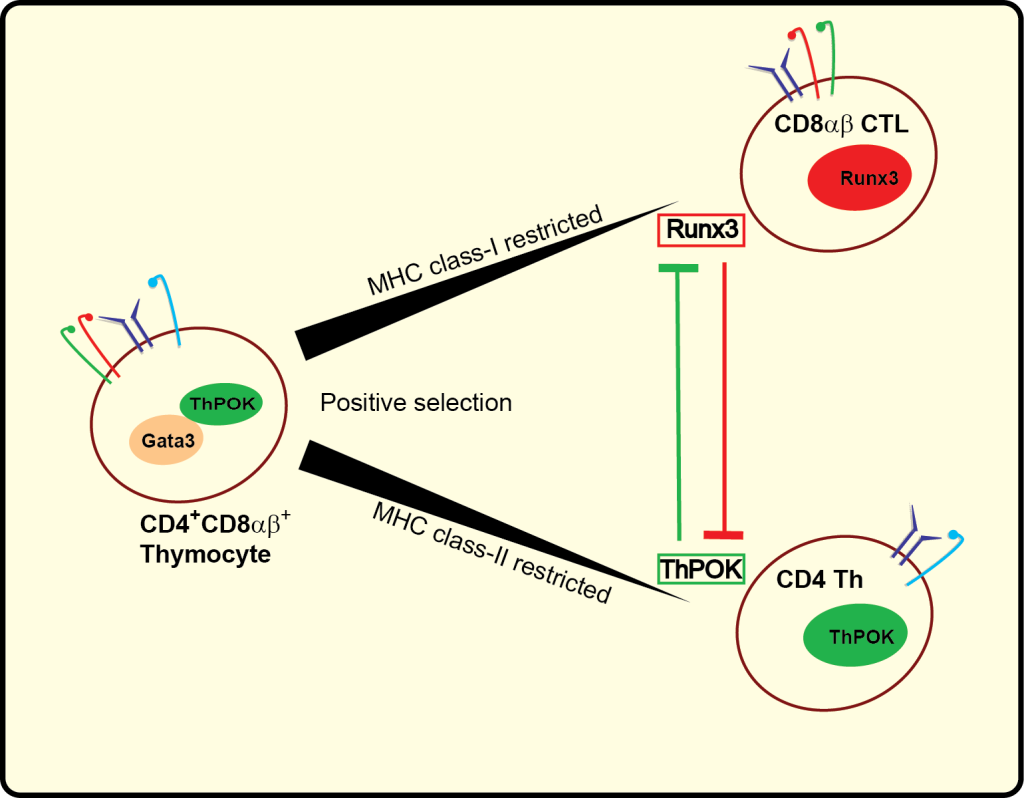 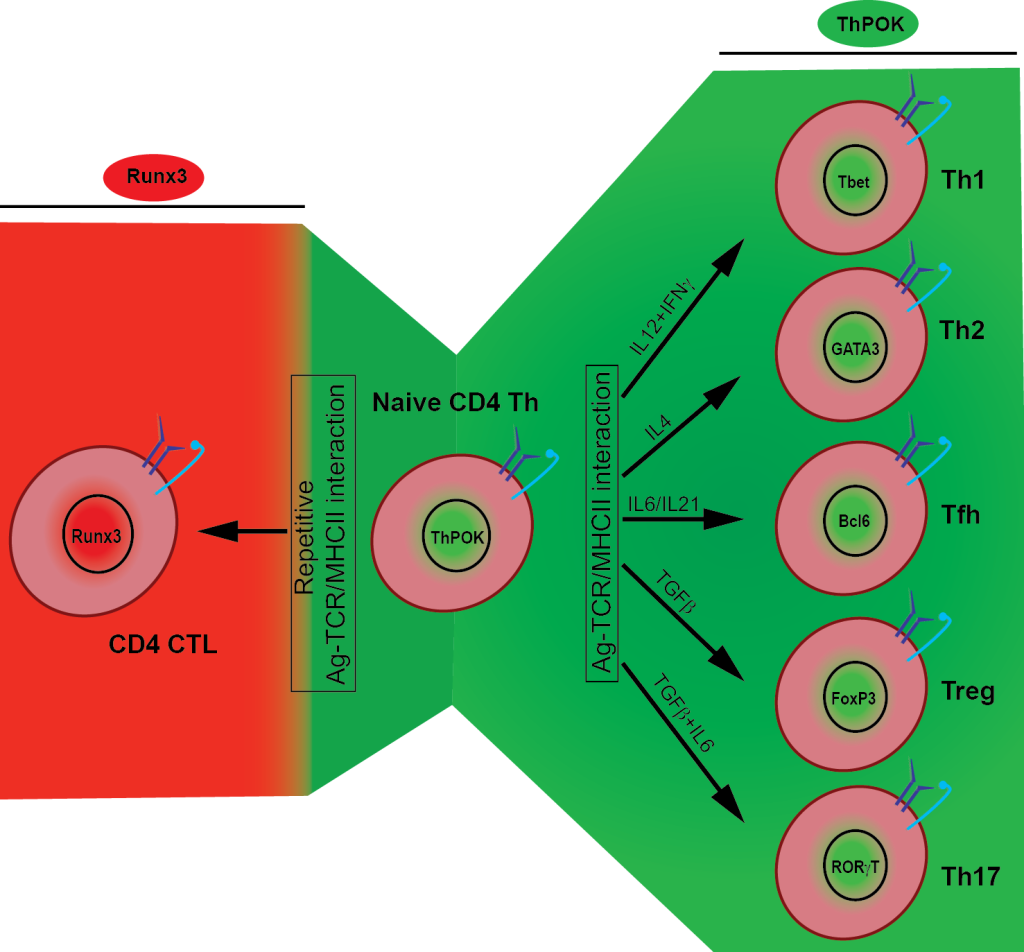