HIV was identified as the virus causing acquired immunodeficiency syndrome (AIDS) more than 30 years ago. At that time, HIV infection, which kills T cells, was almost always fatal. Since then, treatments employing combinations of anti-viral drugs have made it possible for many people to live with AIDS. In fact, over one million Americans live with HIV infection today.

Yet HIV/AIDS remains a death sentence for individuals in many parts of the world with no access to anti-viral therapies. The United Nations estimates that over 37 million individuals worldwide are infected with HIV today.

Despite numerous attempts, development of an effective anti-HIV vaccine has proven challenging. Vaccines are not available because researchers have not identified an immunogen capable of stimulating production of B cells that produce “broadly neutralizing” anti-HIV antibodies (bnAbs), in other words, antibodies with the versatility to neutralize a fast-mutating virus like HIV.

La Jolla Institute scientists are working to help develop an HIV/AIDS vaccine that can stimulate the immune system to neutralize many strains of the virus.

LJI Professor Shane Crotty, Ph.D., is working to closely analyze immune responses in the very rare humans who are naturally immune to HIV. He has found that those people exhibit high levels of a type of immune cell called T follicular helpers (Tfh). Crotty, an internationally recognized leader in Tfh cell biology, has demonstrated that Tfh cells boost anti-HIV immunity in two ways—first, by expanding the number of antibody-producing B cells capable of generating effective bnAbs, and second, by promoting elimination of B cells that produce suboptimal ones.

Immunologists call such cellular selection “priming.” The problem is that priming takes time, and HIV infection is rapidly lethal. Patients succumb before their immune systems learn how to eradicate the virus. Thus, there is an urgent need for an anti-HIV vaccine that fast-forwards through physiological priming to elicit immediate protection.

Crotty partnering with Scripps Research Scientist William Schief, Ph.D., to develop such a vaccine. They propose that individuals be vaccinated with a series of gradually changing immunogens designed to “educate” precursor B cells and maximize their potency and are testing such protocols in mouse models that recapitulate human B cell populations. They are particularly focused on B cells that generate what are called ‘VRC01-class’ antibodies, which are some of the most effective bnAbs found in HIV-infected individuals. This work has led to a Phase I trial of an HIV vaccine, sponsored by the International AIDS Vaccine Initiative.

The Crotty Lab is also investigating strategies to make any HIV vaccine be as effective as possible. In 2021, the lab published a study showing that a new type of adjuvant (a key component in vaccines) could help activate B cells, T cells, and antibodies. This adjuvant, called a saponin adjuvant, holds promise as a way to optimize future HIV vaccines. The Crotty Lab has also shed light on how to beat HIV by tweaking antigen valency. More about this work.

Broadly neutralizing antibodies have been discovered in ~5% of HIV+ individuals. Some of those antibodies (HIV bnAbs) are capable of

A video lecture on Tfh cell biology can be seen here. Germinal centers are the critical sites for the development

Most vaccines include particles called adjuvants. But not all adjuvants are created equal. 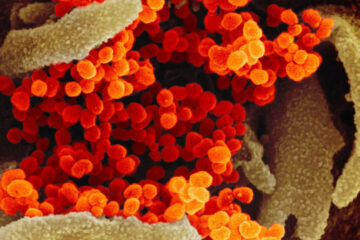 Shane Crotty, Ph.D., and his team study immunity against infectious diseases. They investigate how the immune system remembers infections and vaccines. 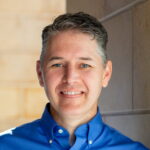