Starting June 1, 2021, the Clinical Studies Core has been operating out of the newly opened John and Susan Major Center for Clinical Investigation at La Jolla Institute for Immunology.

Clinical research volunteers are crucial partners in the quest for knowledge that will improve the health of future generations. As a non-profit research organization, we rely on our entire community to help us gain a better understanding of the immune system by contributing to groundbreaking research.

How can you help?

We have a number of ongoing clinical research programs for which we are recruiting volunteers. Qualified participants will be asked to provide a routine blood donation(s) that is performed by a certified and licensed phlebotomist here at the John and Susan Major Center for Clinical Investigation at La Jolla Institute. All volunteers are compensated for their time and effort.

What can you expect?

After you have signed up, our Clinical Coordinator will call you and ask you a number of questions to determine whether you are eligible to participate in one of our research studies. We may also request proof of vaccination and/or information about your medical history.

If you are eligible for one of our studies, you may be scheduled for an initial appointment at the John and Susan Major Center for Clinical Investigation at LJI, where we will explain the study to you and get your informed consent for participation. There are no costs associated with your participation and in fact, eligible participants will receive compensation for their participation and time.

Allergies result from your immune system overreacting to foreign substances, referred to as allergens. Reactions typically include coughing, sneezing, itchy eyes, a runny nose and a scratchy throat. T cells, a type of immune cell, play a central role in the human immune response to allergens. Detailed knowledge regarding specific allergen triggers that are recognized by T cells is currently limited.

The purpose of this study is to find out more about how these immune cells circulating in the blood and in the nose react to allergens in the air and in certain foods we eat. The information may be used to improve therapies for allergy sufferers. Individuals who have a history of allergy as well as non-allergic control subjects will be studied. Participants will be compensated for time and effort.

Coronavirus is a respiratory virus that commonly causes cold- and flu-like symptoms. It is present throughout the world, though outbreaks of new strains have occurred in the recent past. Since late 2019, a new strain has been identified as part of an outbreak in Hubei Province, China (“2019-novel coronavirus” or “SARS-CoV-2”).

As more and more people become infected with this new strain of the virus, it is important to understand as much as we can about how this strain of the virus affects the human immune system. We plan to look at the T and B cell immune response in patients with symptoms and history of COVID-19 disease as well as in healthy controls.

Eligibility Criteria (one or more):

An outbreak of Monkeypox (MPX) infections and associated disease was recently reported in Europe and North America. As of July 2022, several thousand cases have been confirmed in other countries, including over 3000 in USA. The 2022 global MPX outbreak has been recently declared a Public Health Emergency, is being monitored by health and regulatory agencies worldwide, and has received considerable attention in the general news. We plan to study the immune responses in subjects who have been infected with Monkeypox and have acquired T cell responses to the virus.

As more and more people become infected with this virus, it is important to understand as much as we can about how this  virus affects the human immune system. We plan to look at the T and B cell immune response in patients with symptoms and history of Monkeypox disease as well as those that have received a Monkeypox vaccine

Eligibility Criteria (one or more):

Mouse allergies are a common health problem around people who are frequently exposed to rodents, whether at home or work. Studies show that between 11-44% of all laboratory animal workers report work-related allergic symptoms. Symptoms can include sneezing, itchy and watery eyes, and skin rash. Up to 10% of workers may develop severe asthma from continuous mouse allergen exposure.

The purpose of this study is to find out more about how immune cells react with allergens from mice. Understanding these basic mechanisms of interaction will lead to better therapies for allergy sufferers and improve specific immunotherapy treatments (SIT). Participants will be compensated for time and effort..

Parkinson’s Disease is a progressive neurological condition that affects movement and motor control. It is estimated that nearly one million people in the US are living with Parkinson’s disease, with more than 100,000 people diagnosed in southern California. Unfortunately, the cause of Parkinson’s disease is not entirely clear yet and many treatments only offer symptomatic relief.

The purpose of this study is to determine if there is a link between the immune system and Parkinson’s disease. Additionally, the study of DNA may show how genes influence the development of Parkinson’s disease. Understanding these basic mechanisms of interaction may help to lead to better treatments and diagnostic tools for Parkinson’s disease. Participants will be compensated for time and effort.

Vaccines function by promoting immune responses to infectious agents and thereby prevent illness associated with natural infection. An effective vaccine boosts your natural immune system (generating B and T memory cells), which in most cases provides life-long immunity to infection. The necessity to understand the function and interaction of these immune cell types is central to understanding how to improve vaccines and make them more effective.

The purpose of this study is to identify the characteristics of effective vaccine responses by studying the immune cells in individuals who receive vaccinations against a variety of infectious agents at various time points. Volunteers who have previous history of exposure to various infections may also be enrolled as controls. Participants will be compensated for time and effort.

The La Jolla Institute for Immunology’s in-house Normal Blood Donor Program (NBDP) is a valuable resource of human blood for use in various research projects. Often, healthy donors are needed for comparison purposes in many studies that focus on disease processes.

The purpose of the NBDP at La Jolla Institute is to provide researchers with a consistent supply of healthy control donors to compare to their disease models. Participants for the NBDP will be alerted when the opportunity to donated blood is available each week and given the option to sign-up for specific blood donations. Participants will be compensated for time and effort.

If you are interested in donating blood to one of our research studies, please sign up below and our clinical coordinator will contact you to determine whether you are eligible to participate. 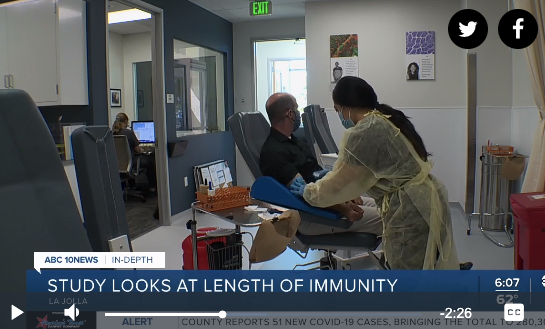 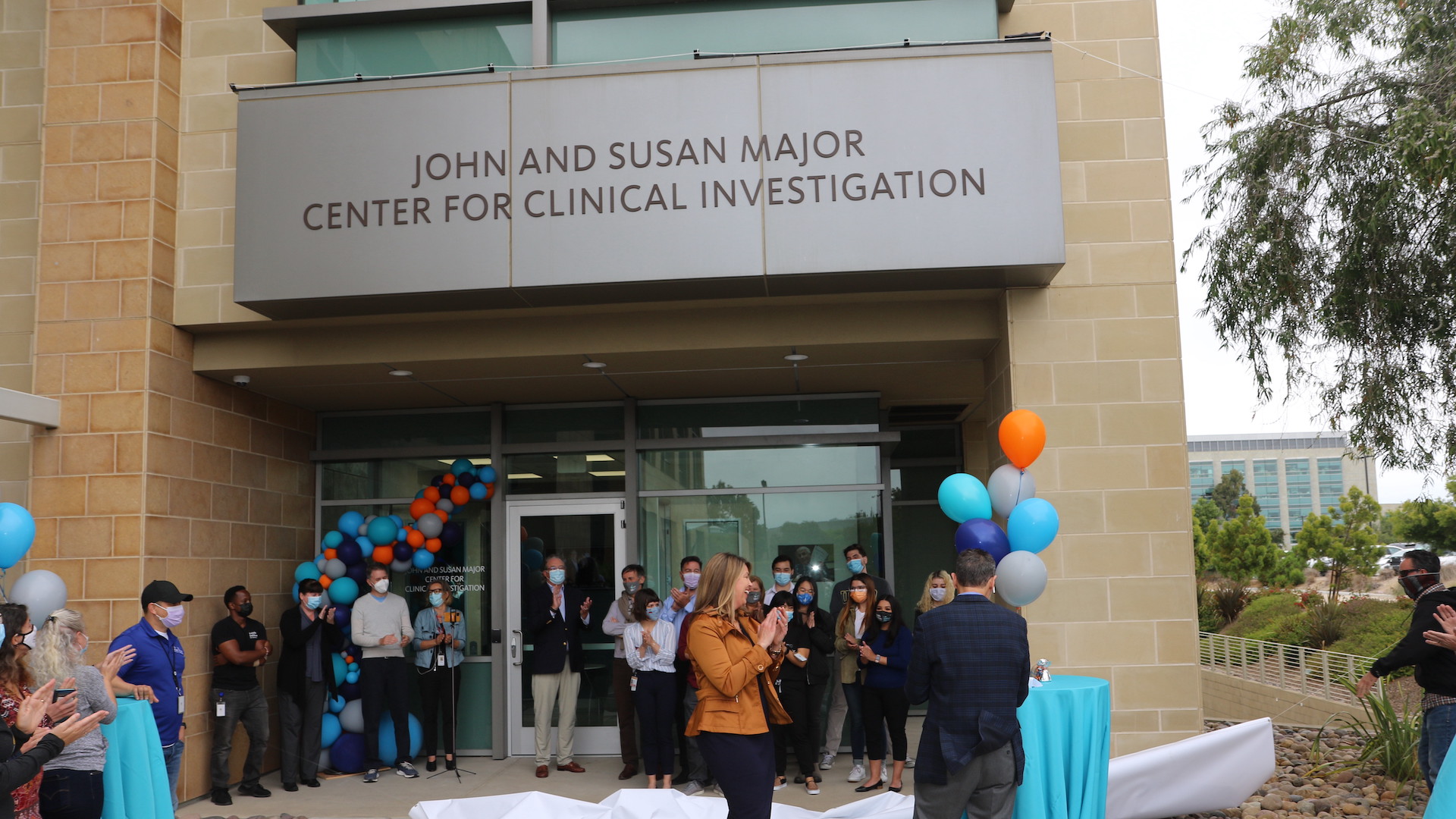 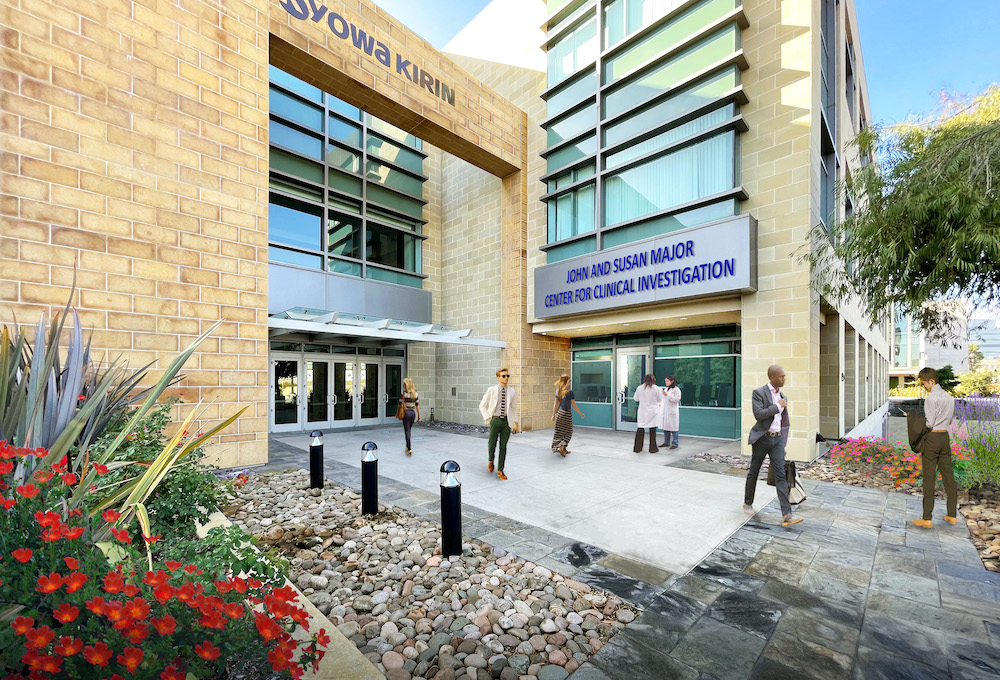