IT ALL STARTS WITH BLOOD. In 2020 alone, nearly half of the studies published by La Jolla Institute for Immunology (LJI) researchers relied on human blood samples. Through blood, they witnessed the immune system’s battle against SARS-CoV-2 and the power of COVID-19 vaccines. Through blood, they tracked responses to yellow fever and dengue virus. They even uncovered potential drivers of heart disease.

In 2021, the Institute opened the John and Susan Major Center for Clinical Investigation. In this new, highly efficient space LJI staff can see up to 35 donors a day.

This is where generous blood donors meet the hardworking Clinical Core staff. 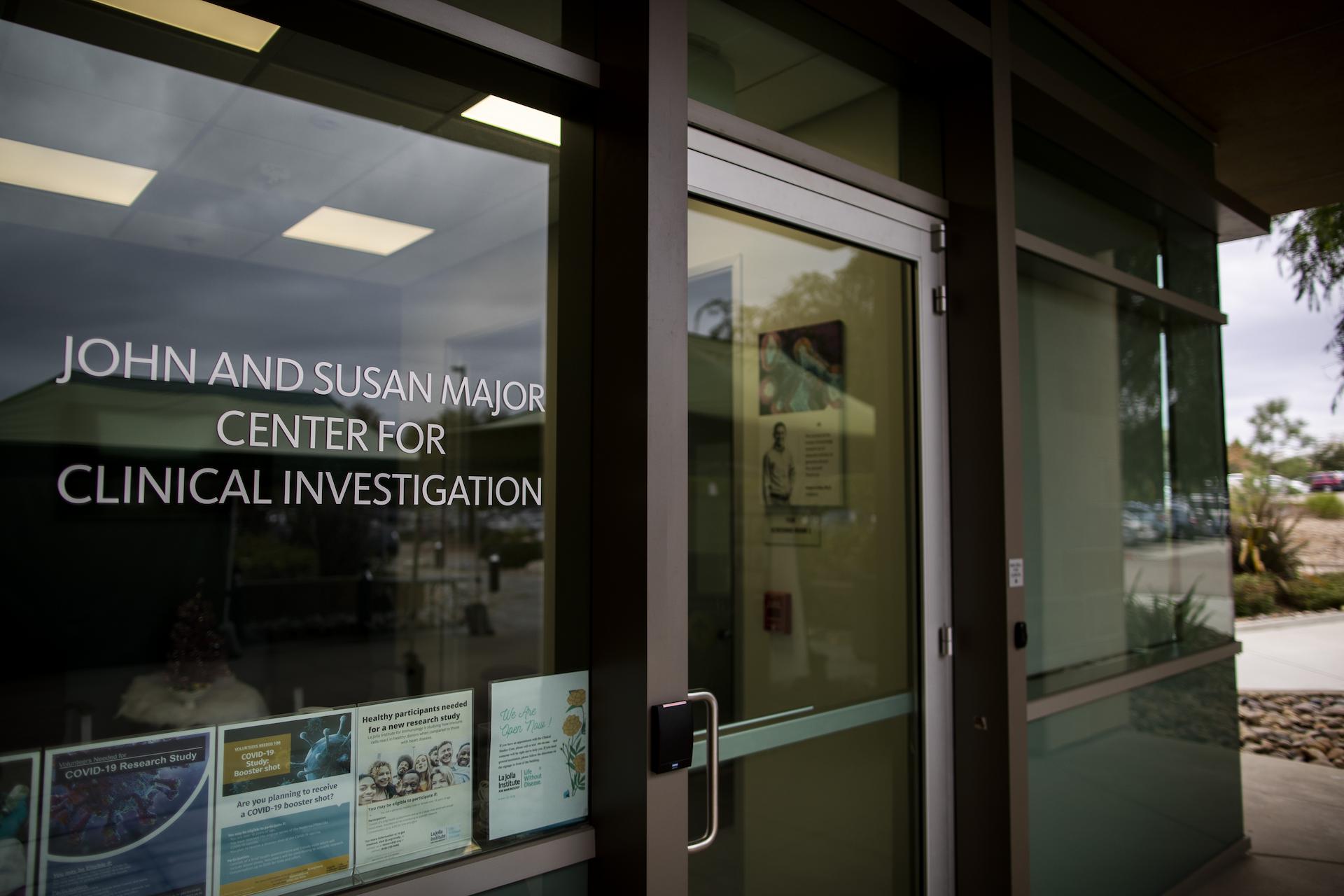 Core Director Gina Levi, R.N., welcomes blood donor Rachel M. to the clinic on a crisp winter day. They sit down in a screening room to go over the clinical research requirements and Rachel’s health history. Rachel is healthy, but her family history of Parkinson’s disease means her blood may hold clues to the origins of the disease—and possible treatments. Levi understands Rachel’s urge to help.

“Advances in Parkinson’s research, specifically, have been very meaningful to me as my father had Parkinson’s disease,” Levi says. “I watched as it slowly robbed a once vital and strong man of his ability to move and think.” 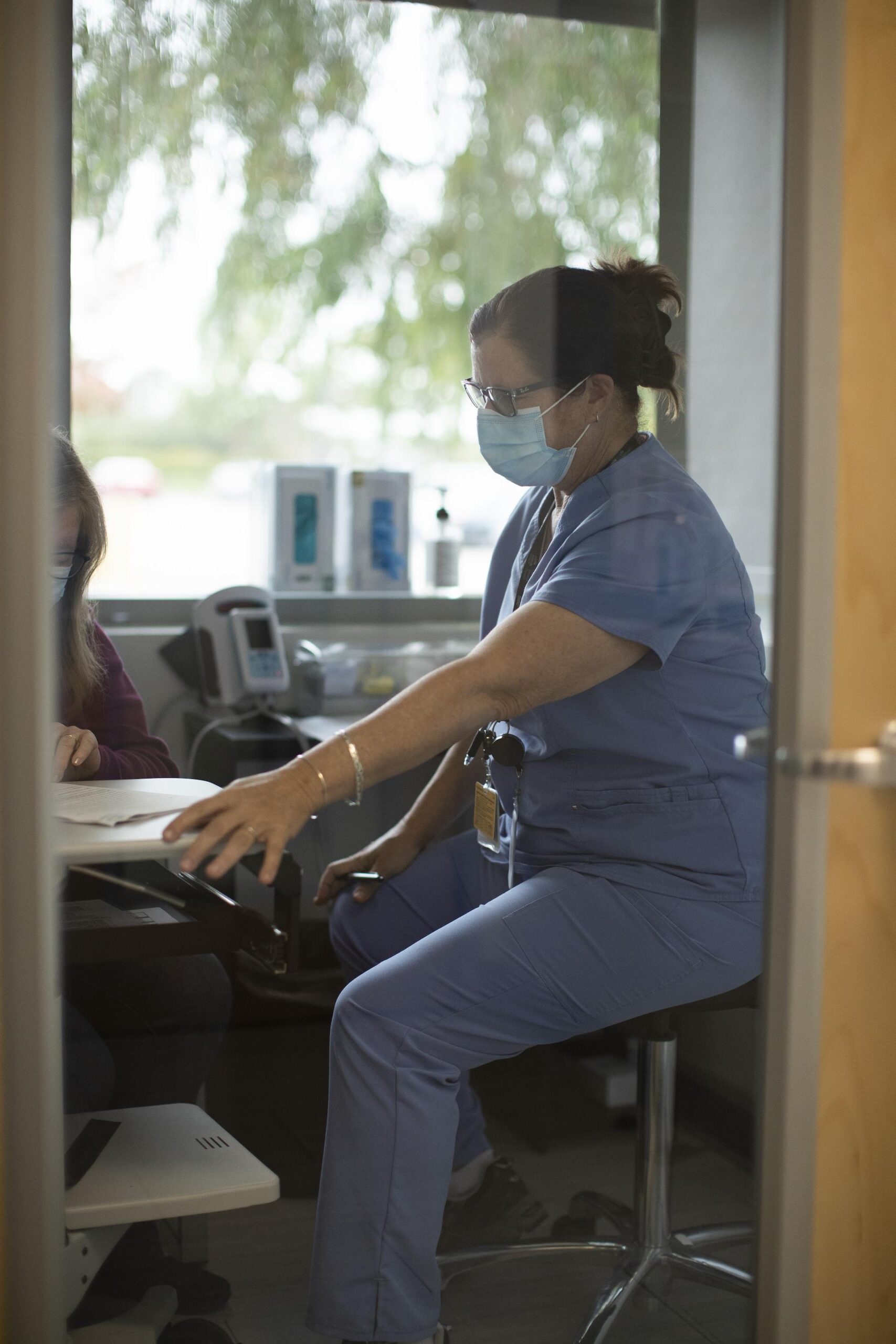 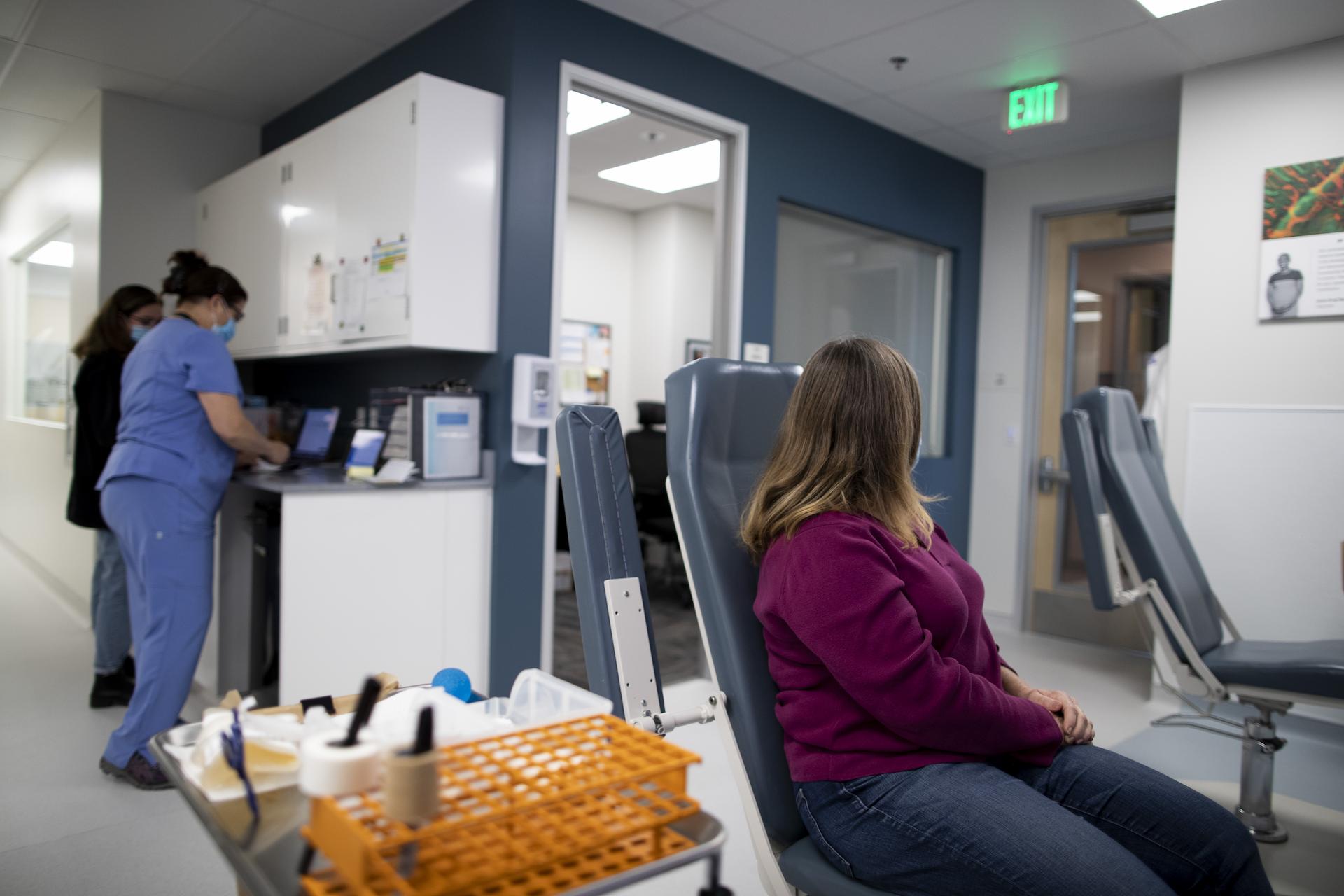 Blood has many ingredients, and most LJI scientists aren’t interested in the red stuff. Immunologists here focus on white blood cells, also called leukocytes, which include T cells, B cells, macrophages, and other key immune cells. Find these leukocytes, and you’ll uncover clues to how immune cells do their jobs.With Rachel’s blood donation complete, it’s time to process the blood before it heads to an LJI laboratory. 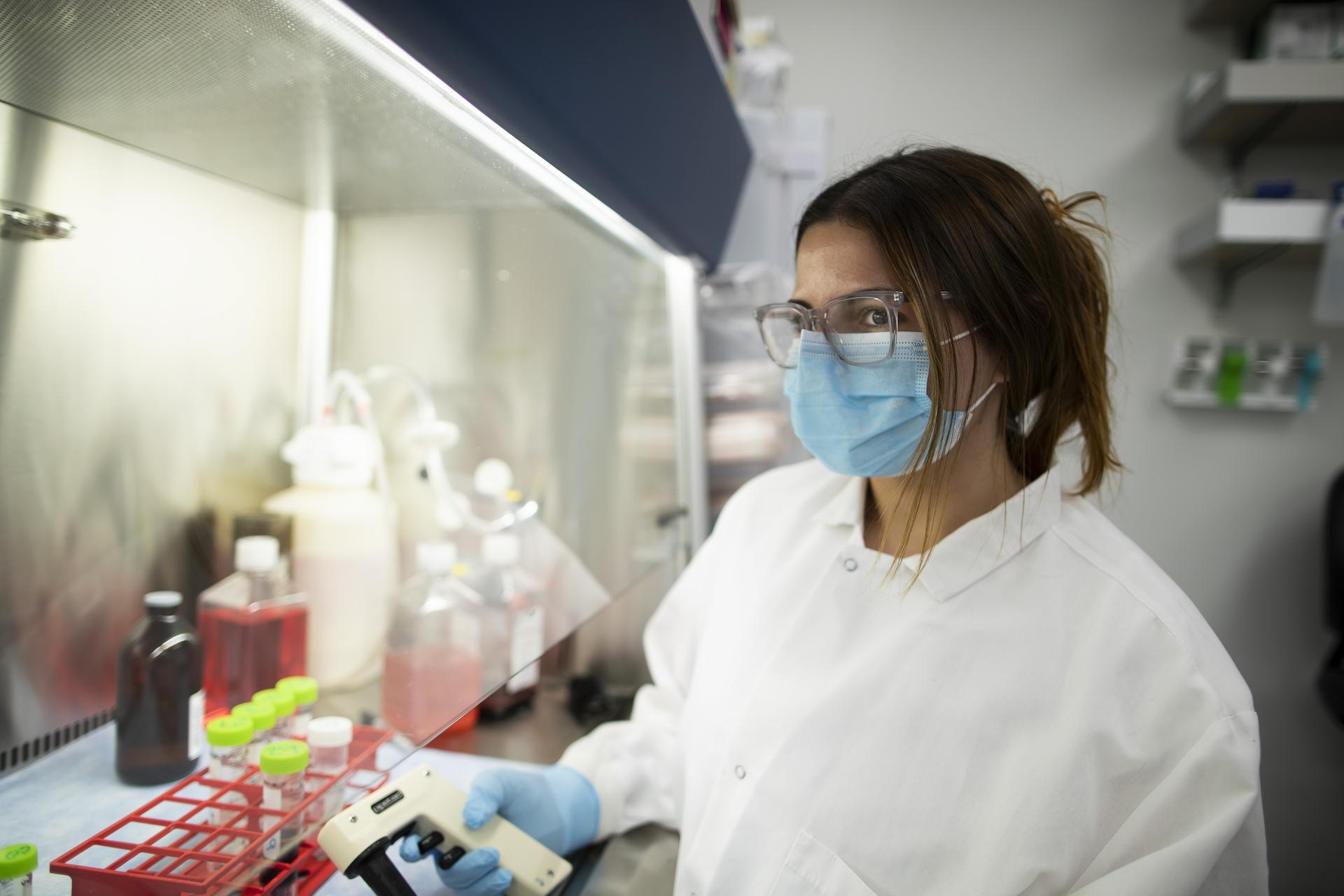 THE CLINICAL CORE LAB STAFF ARE IN CHARGE NOW.

Clinical Laboratory Technician Quinn Bui shares a look through the microscope as she explains how she spots different cell types in donor blood samples. Counting the cells allows her to find the concentration of the sample which is essential for researchers in the lab.

INSIDE THE CLINICAL CORE: 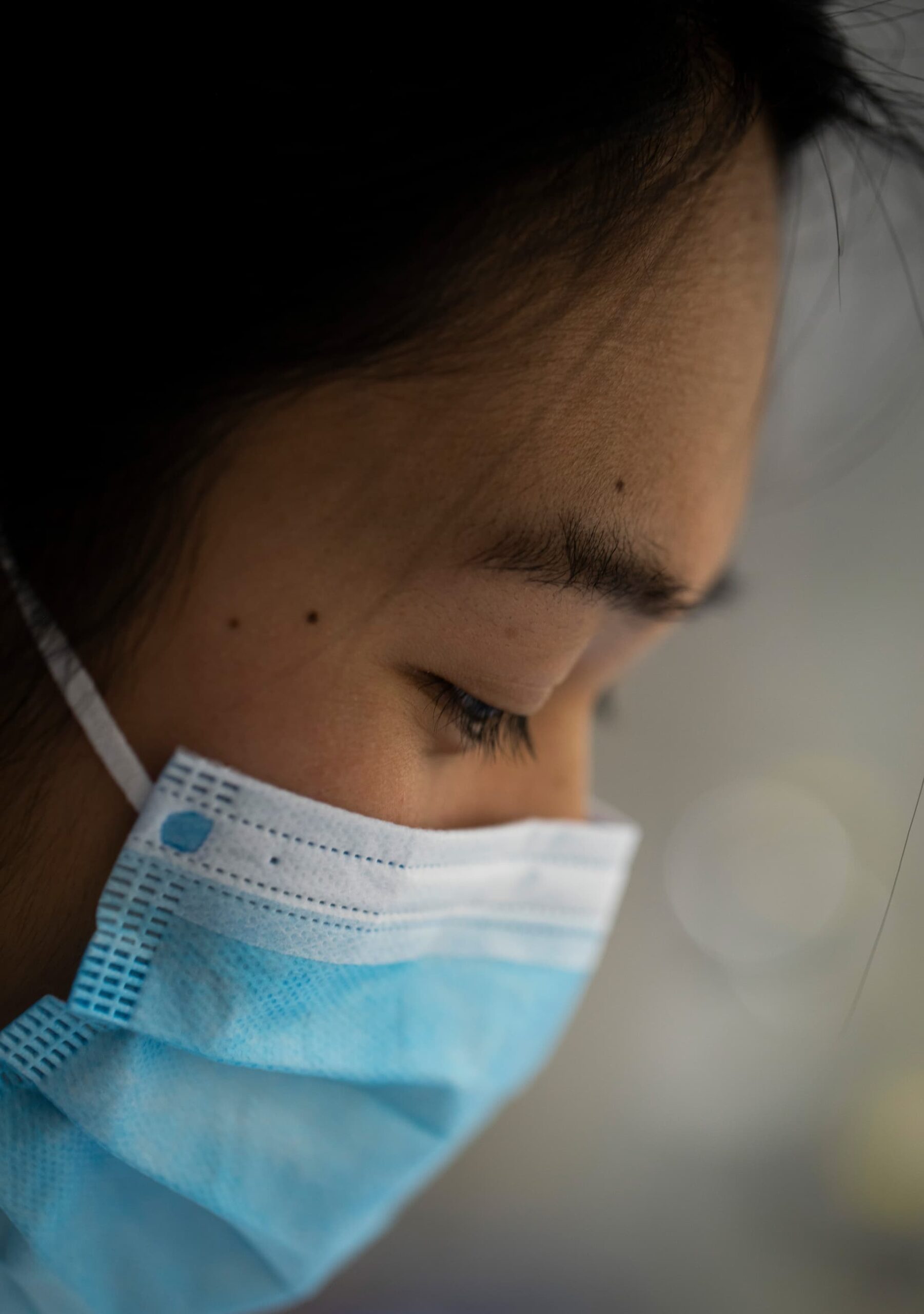 THE NEXT STEPS ARE CRITICAL

The layer of precious white blood cells is washed with a special mix of chemicals used to keep cells healthy and then the cells are frozen.

Bui gently adds blood to a tube of Ficoll. Ficoll is a chemical mixture, which scientists call media. Ficoll works as a divider between red blood cells and white blood cells in the tube. 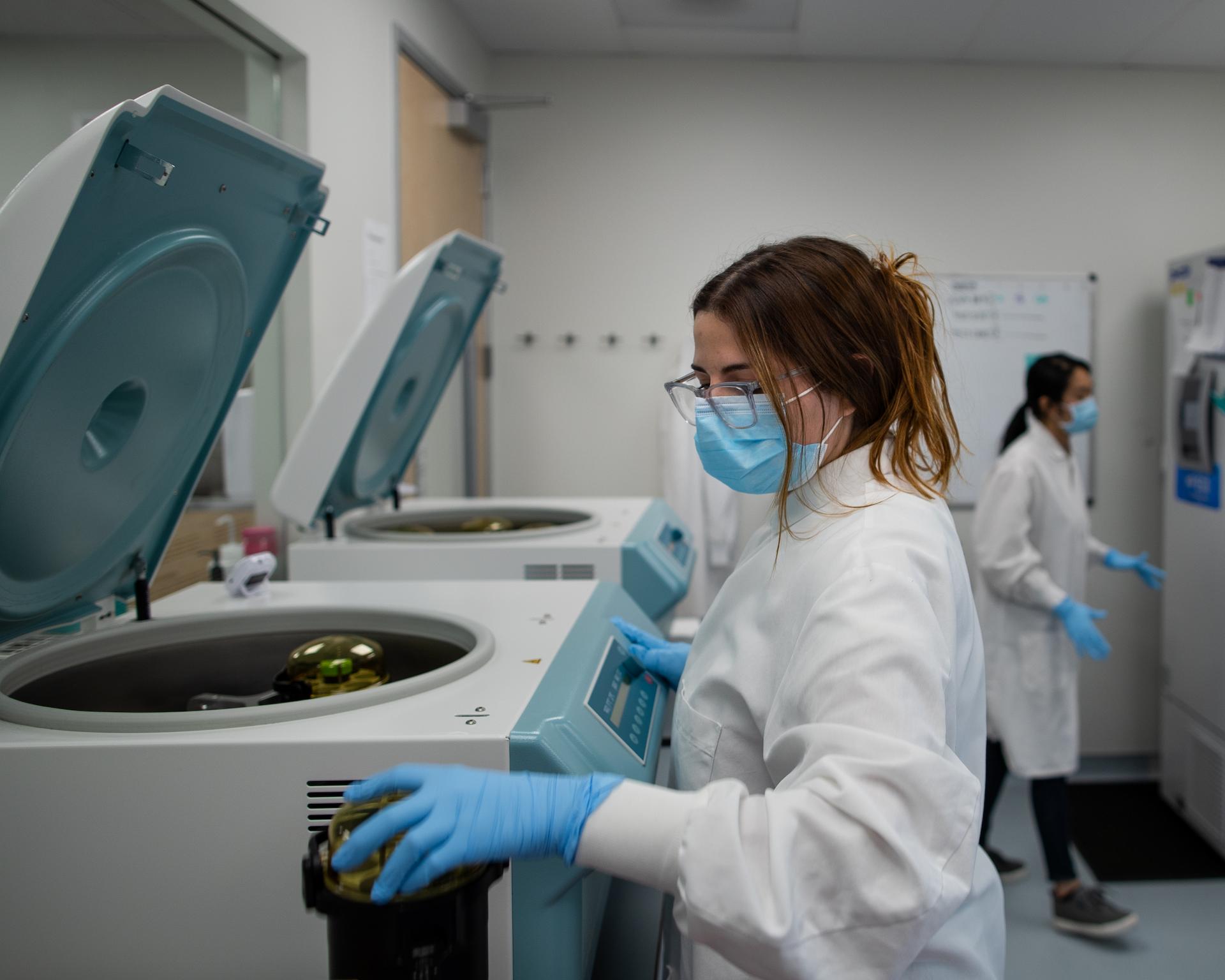 Now that the white blood cells have been rinsed in fresh RPMI, the tubes take spin three. 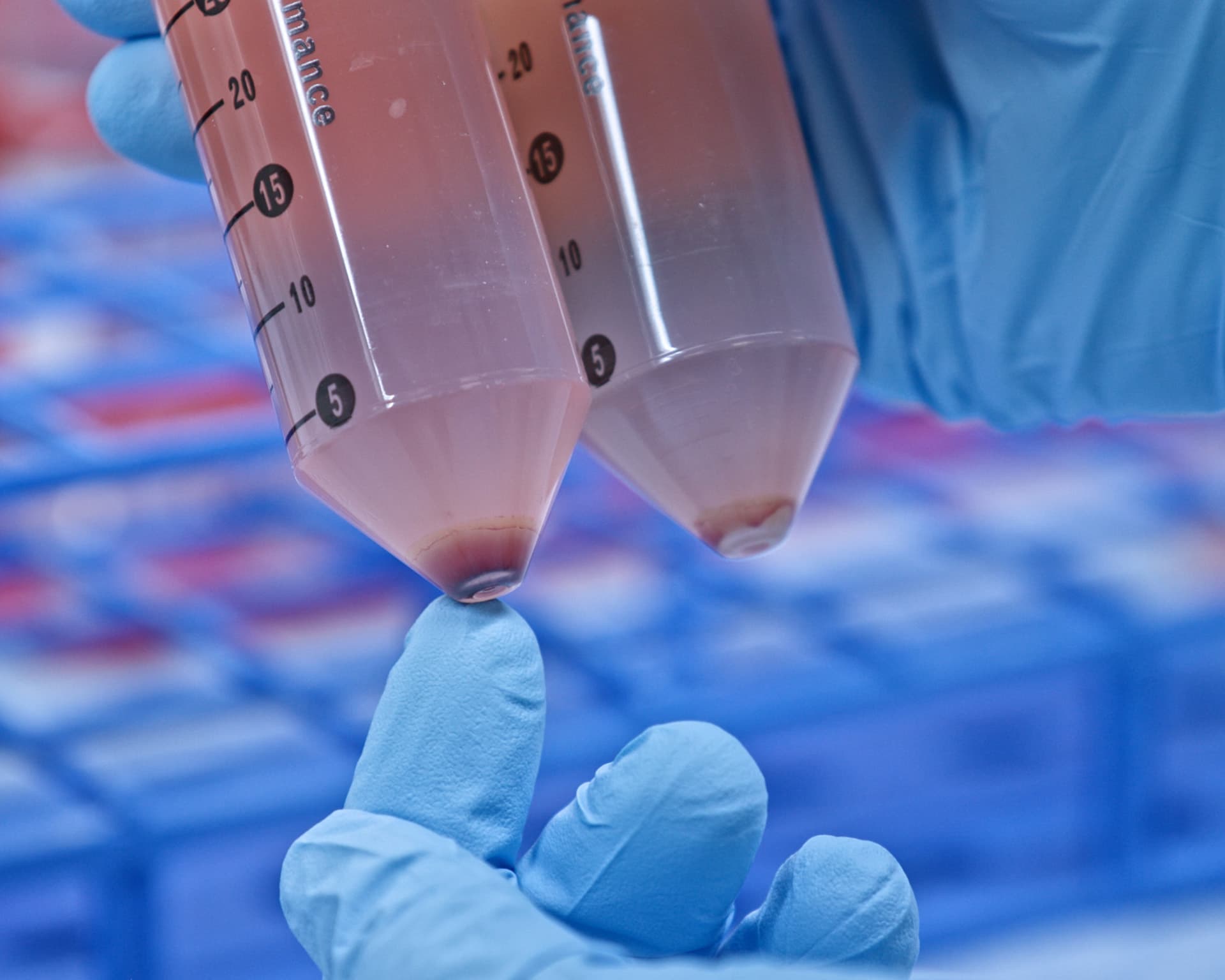 Cells are pelleted at the bottom of the tube during a spin in the centrifuge, which tops out at 1800 RPM.

The pellet is broken up by repeated shots of RPMI to homogenize the cells prior to the fourth and final spin before freezing. 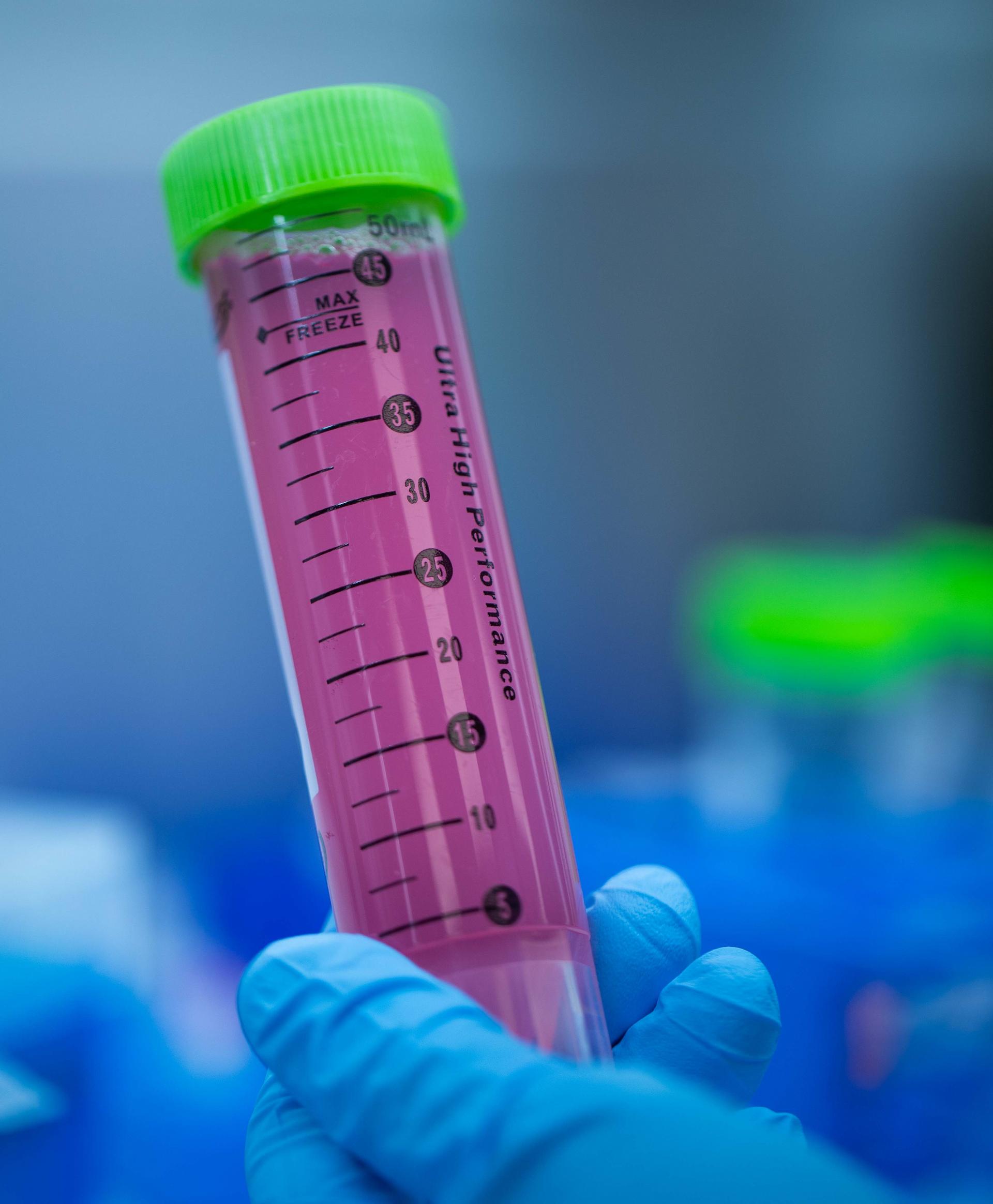 Three and half hours later, the finished product is a thing of beauty.

The final step is to portion the white blood cells into smaller tubes and ready them for the freezer.

THE SAMPLES ARE READY. NOW WHAT?

Already, LJI researchers working with human blood samples have uncovered something surprising: Parkinson’s disease looks a lot like an autoimmune disease, at least at the disease onset. That finding has sparked many, many more questions—and paths to potential Parkinson’s diagnostics and therapies.

In the end, what Dr. Lindestam Arlehamn’s team finds in Rachel’s blood may appear as a single data point in a scientific paper. What the world doesn’t get to see are the many personal stories that propel citizens and scientists to contribute to research.

“It is amazing to watch how the Clinical Core directly connects the public to the research happening at LJI. The work we do here goes on to answer vital questions about allergies, infectious diseases, and neurodegenerative diseases. It is an honor to work alongside the many brilliant people of LJI.”

Learn how you can contribute to LJI’s clinical studies 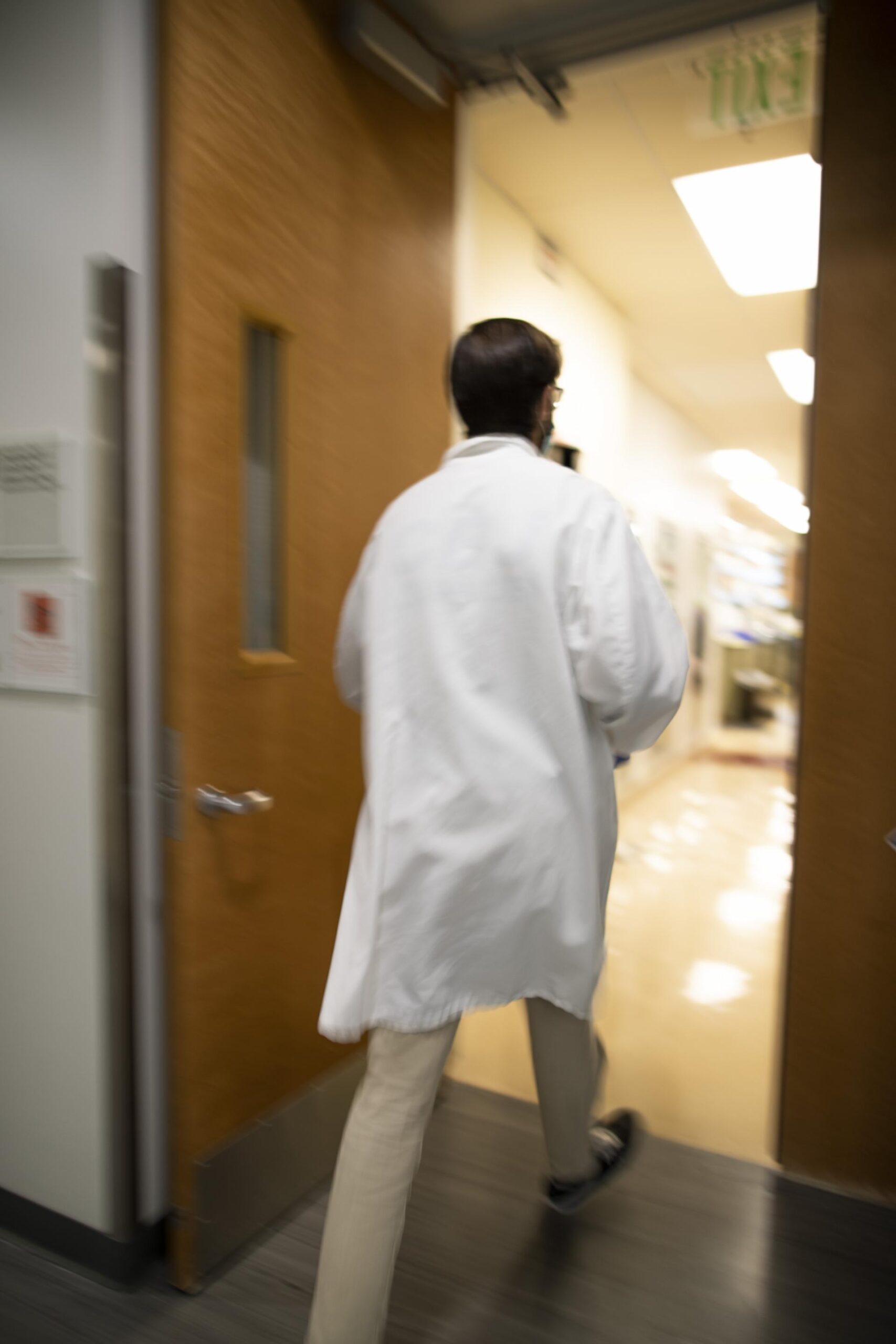