Jeffrey Wang started our Zoom call ready to give a demo.

Wang held out a white headphone cord. “We can envision DNA like these headphones,” he said. “In a cellular nucleus, the DNA would stretch two meters, or over six feet, if completely stretched out.”

He stretched the cord as long as it would go.

“But in the nucleus, DNA has to fit into a space that is one-tenth the width of a human hair, or six to ten square microns of space.”

He bundled up the cord.

“But DNA doesn’t just squish down to fit into that tight space,” Wang said. “It’s not done arbitrarily. There’s a very systematic, 3-D organization to the way it is all squished together — so that certain areas of DNA can be accessed when they need to be.”

He explained how DNA has more than just an important code: it has an important architecture. As the strands twist around, certain segments of DNA need to be easily accessible so that they can be read by cells and contribute to genetic expression

“It turns out that this very highly regulated, careful packing of DNA guides a lot of developmental and disease processes,” Wang said. “And new high-throughput sequencing technologies allow researchers today to map this 3D architecture.”

Wang has a knack for explaining science in a way outsiders can understand. In fact, this high school senior is a bit of a Renaissance man. In between classes, homework, drama rehearsals and debate competitions at The Bishop’s School, Wang has spent his downtime interning in the lab of LJI Associate Professor Ferhat Ay, Ph.D., a renowned bioinformatics scientist.

Now Wang has been named a finalist in the Regeneron Science Talent Search, the nation’s oldest and most prestigious research competition for high school seniors. Wang was pleasantly surprised to be told he won $2,000 for his inclusion in the top 300 for the competition. He was shocked to learn in January that he’s made the Top 40—and won $25,000 in prize money (the overall winners will be announced Mar. 17).

His project is the culmination of two years of working closely with Ay and LJI Instructor Abhijit Chakraborty, Ph.D. Their goal was to make it possible to compare the 3D architecture of DNA across many cell lines. If they could develop a computational method for this kind of comparison, scientists could better compare, for instance, normal cells to cancer cells—and see how structural variations in DNA organization could trigger disease.

The problem? At the time, Wang had programming experience, but he’d never taken a biology course (“I didn’t know what the parts of a cell were called.”) or a statistics course (“So Dr. Ay just gave me his statistics textbook and told me to read it.”) He only knew about the Ay Lab because his older brother, David, had also interned at LJI.

“A big part of my experience was falling in love with the subject enough that I was willing to spend my weekends and breaks meandering through datasets or genomic browsers. That sort of thing really excited me. If you love something enough, you’re willing to go that extra mile.”

So Wang chipped away at his research project. Bioinformatics is a discipline that relies on computing power, so Wang could do a lot of his research from home. After finishing his homework, he’d spend evenings connected to LJI’s computing cluster. Before the pandemic, he’d also catch the bus every week or two to meet with Chakraborty to talk about the technical hurdles. “He was my direct mentor, and he was the best mentor anyone could ask for,” said Wang.

Making mistakes and re-running analyses is part of the bioinformatics process, and Wang got to experience that too. He appreciated that Dr. Ay let him learn through trial and error. “By letting me work through those, Dr. Ay let me grow more as a scientist,” Wang said.

Ay says mentoring Wang was easy. “We never needed to tell him anything twice,” Ay says. “There were many times when we completely forgot that Jeffrey is a high school student! We treated him like he was doing his Ph.D., and he stepped up to the plate every time.”

Chakraborty adds, “Whenever Jeffrey got stuck at some point, he had the unique ability to come up with a solution.”

The project is now complete, and the team is working to submit a manuscript on their new computational application to a scientific journal, for which Wang will be co-first author. This tool to compare cell lines is also freely available online, which he hopes will expand analysis opportunities for other scientific researchers.

“Even though we’ve just created a tool here—we’ve created a computational application to do this—there are hundreds if not thousands of existing data sets collected by other scientists, where having a new modality in comparative genomics would be very helpful,” Wang said.

Ay and Chakraborty weren’t surprised to hear that Wang was a Regeneron Science Talent Search Finalist.

“It was an awesome feeling,” says Chakraborty. “I really cherished the moment!”

While Wang hasn’t decided on a college yet, he does have several of the nation’s top schools in sight. One particularly big question for him is whether he will continue to pursue bioinformatics research.

“I’m not sure. I have a deep, long-standing love for science, but I’m also an avid thespian—I like doing shows and capturing others’ imaginations. I’m also a debater and a published writer [he’s published essays on topics from DACA to the #MeToo movement],” said Wang.

“One exciting thing would be to merge computation with communication,” Wang added. “And we’ve seen how important that is during the pandemic. We need to communicate in a way to inspire and improve public trust in science.” 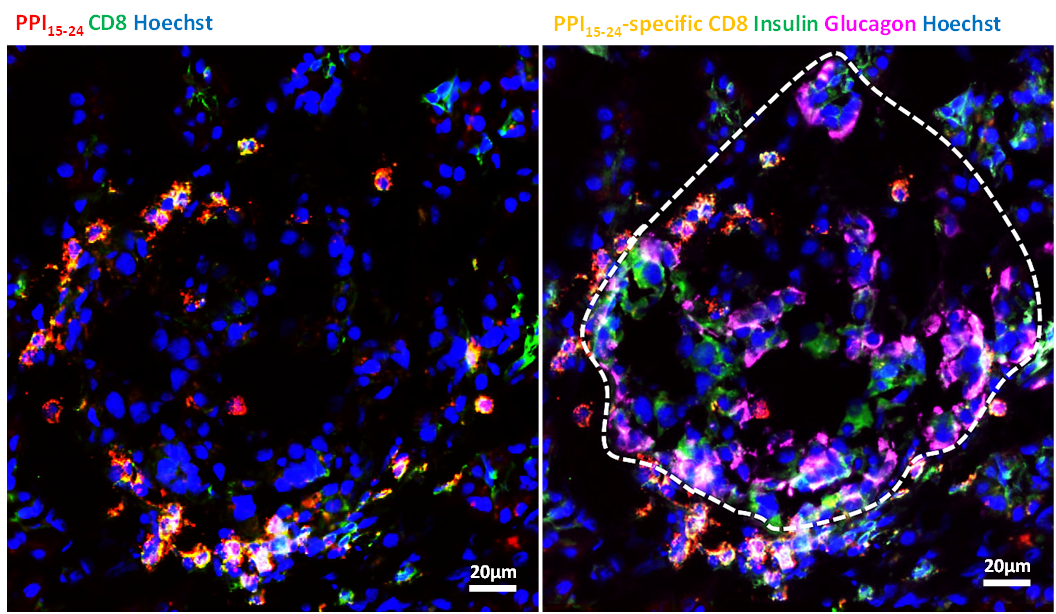 Feb 22, 2021 Behind the Science Eye-catching science

The story behind a vivid pancreas image

"To prevent and treat the disease, it is vital to understand how the immune cells attack the body's own insulin-producing beta cells" 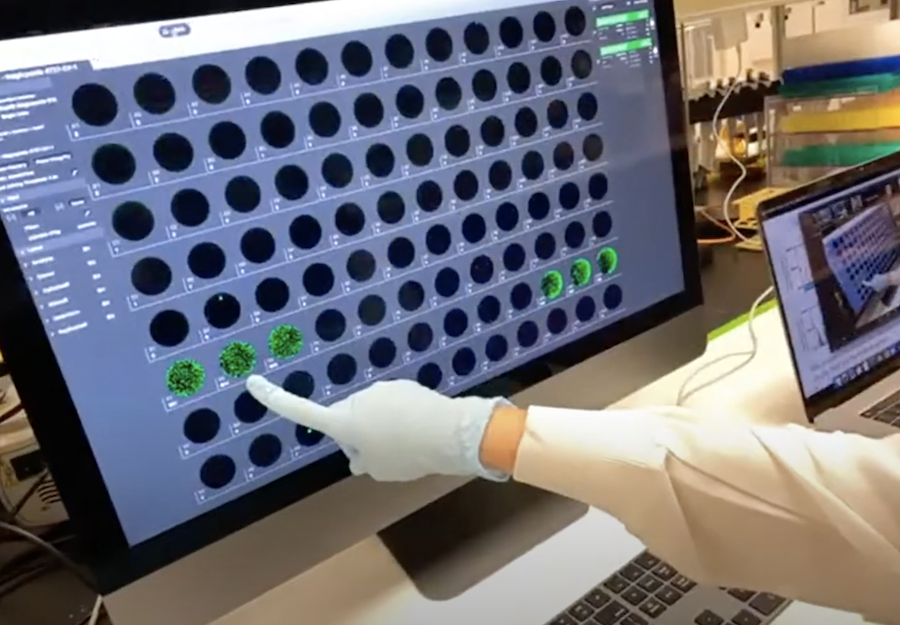 5 takeaways from February's "Live from the Lab" webinar