Get to know Kenneth Kim, the man with the microscope

A Q&A with an eagle-eyed histopathologist 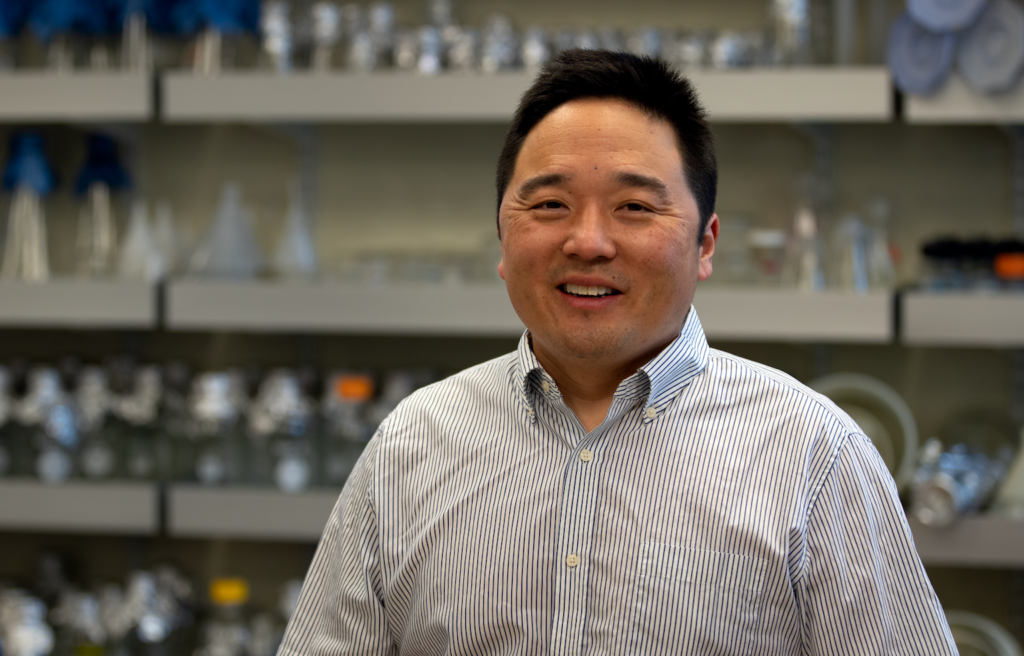 Histopathologists are detectives on the lookout for microscopic signs of disease in the body’s tissues. Histopathology comes from the Greek histos, for tissue, and pathos, for disease or suffering.

At La Jolla Institute for Immunology (LJI), histopathologic investigations are led by Kenneth Kim, Dipl. ACVP, Histopathology Core Director. Dr. Kim has collaborated with LJI scientists for many years, shedding light on diseases from dengue to ulcerative colitis. He has an eagle eye for spotting the important players in diseased tissues.

Why did you become a histopathologist?

I practiced veterinary medicine for about 10 years, but surprisingly clinical medicine became routine, and I missed the discovery side of science. I had always enjoyed pathology and remembered that one of my professors at UC Davis had mentioned the coming revolution in medicine, which would be driven by the genetically engineered mouse. He was right, and before I knew it a mouse pathology course at UC San Diego School of Medicine had me on the road to a pathology residency.

The purple and pink hues in this image are the signature colors of histopathology. Dr. Kim uses a special technique called an H&E stain to get these colors, which help them distinguish between different cell types. The dark purple dots here are individual bacteria colonizing lung tissue in severe pneumonia. The dark clumps are florid bacterial colonies.

What can scientists learn from these mouse tissues?

I am trained to pick out the interesting or alarming parts of diseased tissues. One thing I can do is help investigators pick which regions of a tissue show the most injury. This lets them focus on the right sites for their follow-up analyses.

Other times, I’ll look at a tissue and say, “Where is the normal stomach lining?” Those are the tricky ones, where something that should be there is missing.

What I’m trying to do is give researchers the big picture. The researchers are then going to open the doors and figure out how the immune system is reacting in these areas.

It’s fascinating. If investigators decide to have me look at their tissues, it’s almost like pure discovery. The investigators know something is different about their mice, but I’m the one who gets to put it together for them.

This diseased colon has been infiltrated with immune cells that drive inflammation. The dark structures are “goblet” cells, which produce mucus so waste can pass through the intestines.

What’s the coolest thing you’ve seen under your microscope?

Microanatomy is in itself beautiful. Immune cells are always interesting because whenever there’s an injury, immune cells or inflammatory cells are at the scene.

You never know what moment in time—or what moment in life—you’re going to capture. I got this image once of a blood vessel. The red cells were at the bottom, white cells on top of them, with the serum above that. It was all in perfect order—like I captured a tube of settled blood.