Historians of the future, are you reading this? What do the books say about the year 2020? 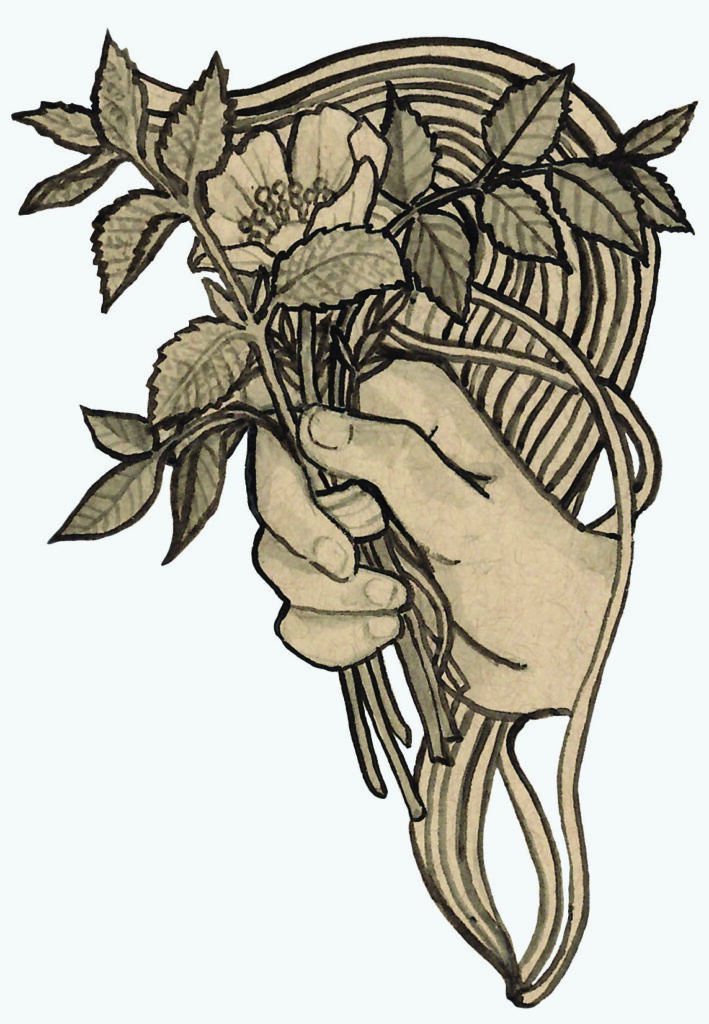 Nearly every pandemic has had an arc. A disease spreads, it kills, it stops. We don’t yet know how the COVID-19 pandemic will end. But here are the lessons we’ve learned from past pandemics—and how infectious disease research has evolved.

Let’s start with the bubonic plague. The bacterial disease, also known as the Black Death, hurtled through Asia, Africa, the Middle East, and Europe during the Middle Ages. The pandemic peaked during the 14th century. Somewhere between 75 million and 200 million people died from the bubonic plague between 1347 and 1351. Some cities in Europe lost half of their population.

The great plague did end. While there are examples of towns spared because they maintained a strict quarantine, historians believe the disease eventually disappeared in many areas because everyone had either developed immunity or died.

Medicine was forever changed by that wave of death. Cities created the first-ever boards of health. Before the plague, many doctors relied on astrological projections to understand disease. Afterward, they turned to more testable theories. In the following centuries, the scientific method was born.

The bubonic plague continued to cause outbreaks through the 18th century, but never on the same scale. Along the way, some doctors designed early personal protective equipment (PPE) to avoid infection. The new head-to-toe coverings sometimes included beaked “plague doctor” masks.

Doctors understood a lot more about infectious diseases by the time the “Spanish flu” hit in 1918. The public was asked to avoid crowded places, stay home if they felt sick, and even wear a cloth face mask. And boy. Some hated how masks looked, but in the words of a New York Health Board official, “better ridiculous than dead.”

Still, the field of virology was young. Many researchers at the time mistakenly thought the pandemic was caused by a bacterium, not a virus. So while there were experimental vaccines against the flu, none of them contained the correct proteins to trigger a protective immune response. Doctors did make early attempts at disease containment and surveillance—in many cities, sick patients were asked to quarantine at home and report their symptoms to health officials. 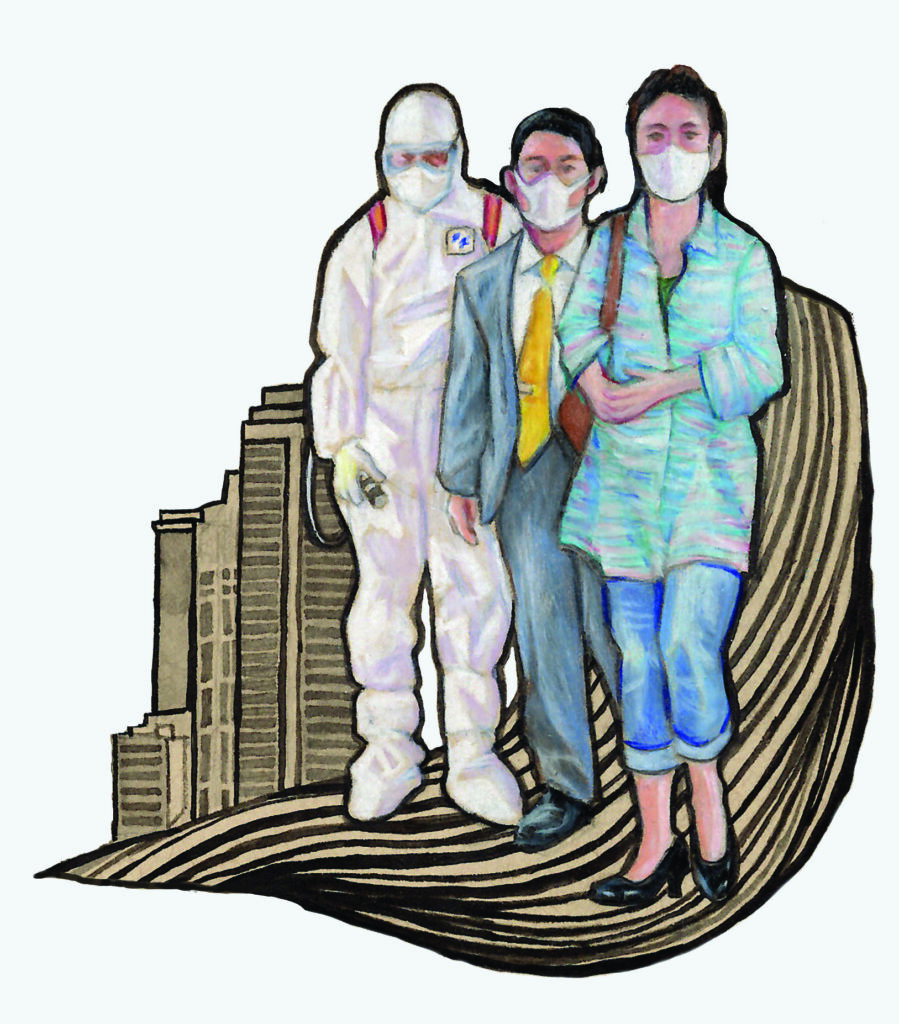 The flu pandemic eventually killed more than 50 million people worldwide before it faded in the summer of 1919. By that time, enough flu survivors had developed immunity that the virus was not as easily transmitted through the population.

In 2003, another respiratory virus triggered a sudden need for disease surveillance: the SARS-CoV-1 coronavirus, which causes Severe Acute Respiratory Syndrome (SARS). The outbreak started in China and resulted in over 8,000 cases. Strict quarantine and contact-tracing efforts are credited with interrupting human-to-human transmission and stopping the outbreak before it spread even further. Containment worked well because SARS made people very sick, very fast, meaning asymptomatic carriers weren’t common vectors.

SARS also represents a milestone in virology research: it’s the disease that alerted the world to the pandemic potential of coronaviruses. Researchers at the time worked quickly to develop a vaccine, but the virus was contained before it was needed. Antibody treatments seemed promising, but research funding dwindled. 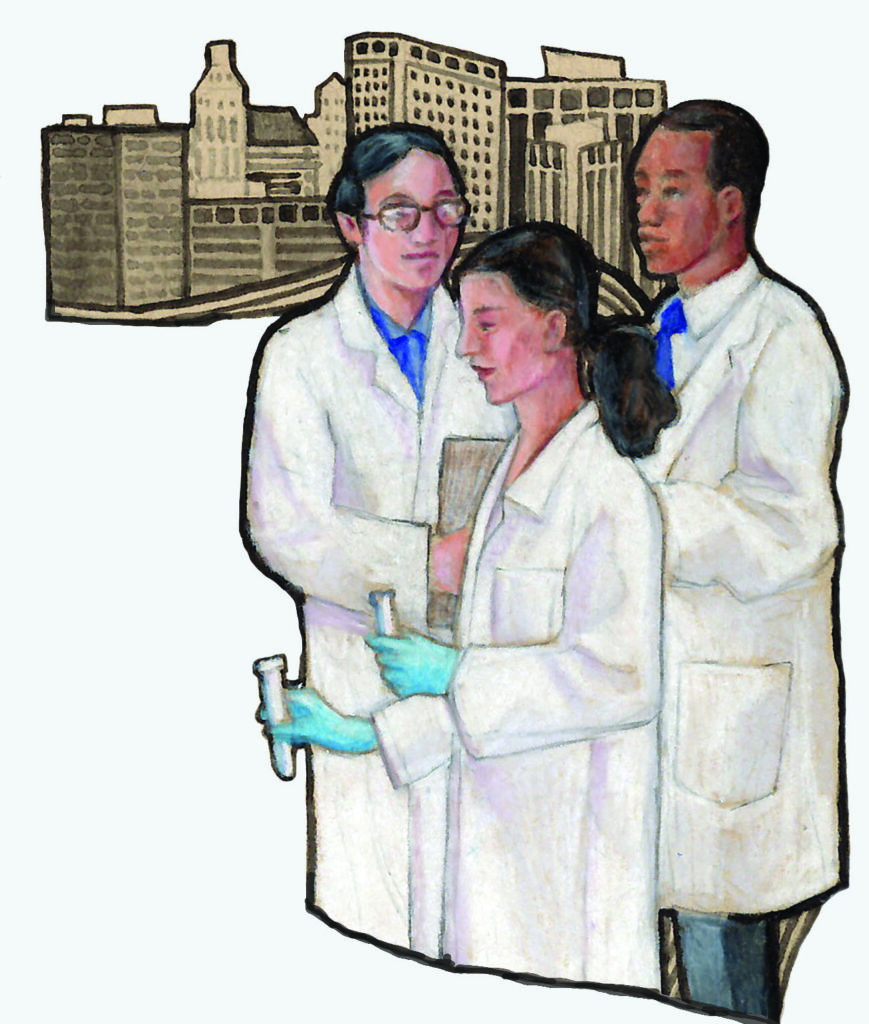 This was the state of research when COVID-19 hit. The field of coronavirus research was small, but scientists had learned a great deal about immunology since SARS. As the SARS-CoV-2 virus spread in 2020, scientists at La Jolla Institute for Immunology and around the globe shifted their focus to stopping the pandemic. First came the public health efforts to isolate, test, and do contact tracing—to varying degrees of success. Then came vaccine candidates and therapeutic research.

This is the right time in history to design a vaccine. We’ve learned how viruses work, what cells they attack, and where they are vulnerable. We’re making better diagnostics and we know how to better protect ourselves from person-to-person transmission. Immunology will be key to getting us out of quarantine, and each discovery brings us closer to stopping other devastating diseases like HIV and dengue virus.