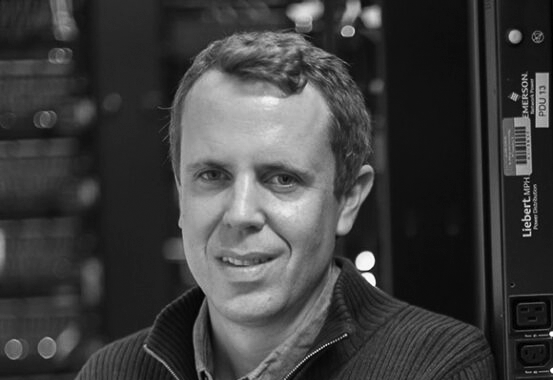 When La Jolla Institute for Immunology (LJI) Professor Bjoern Peters, Ph.D., was a college student in the 1990s, no one knew the term “bioinformatics.” Most immunologists weren’t dealing with huge datasets. Then came the reams of data generated by efforts like the Human Genome Project.

Researchers needed new tools to sort through data and help answer crucial questions about the human body. At the same time, immunologists needed better models for understanding the inner workings of immune cells.

The tools Dr. Peters has developed are invaluable for immunologists worldwide. Thanks to his expertise and collaboration with LJI Professor Alessandro Sette, Dr.Biol.Sci., the Institute is home to the Immune Epitope Database (IEDB), a resource for immunologists studying how the immune system targets viruses, bacteria, and other threats.

Immune Matters asked Dr. Peters what it’s been like to bring bioinformatics to immune system research.

What came first for you—an interest in bioinformatics or immunology?

Actually, my first love was physics! But when I did my Physics Diploma work in Germany, as my minor, I was doing biophysics training, and there was no lack of open questions in that field. We were asking “why do these cells die?” and other questions. And the answer was always “no one knows.” That made me want to work on the biology side.

So I decided to pursue a Ph.D. in an area of physics that was then called theoretical biophysics. At that time, there was no such thing as bioinformatics, that word did not exist. But there’s a long history of physicists exploring subject areas that are new, that require the same sorts of methodologies and approaches used in physics—heavy use of computers, math, and stats.
Then in biology, with the advent of large data generation as part of genetic sequencing, that became a growth area. So many of the founders of bioinformatics have a physics background.

My Ph.D. advisor was studying the generation of epitopes by the MHC class 1 presentation pathway—a key step in getting the immune system to recognize a threat—and he was the first to develop a model of a phenomenon called proteasomal cleavage. That became the basis of my thesis topic, and I found it extremely interesting to learn how the immune system can recognize there’s something wrong going on inside a cell.

When you were starting out, what kinds of tools did the field really need?

First of all, there wasn’t really much of a field. There were maybe 100 people or so worldwide working in bioinformatics applied to immunology. So given the lack of people working in the field, every little bit helped. I essentially started work on a combined model—showing, stepwise, how the immune system goes from chopping up a protein from a pathogen to presenting that protein on the surface of a cell. These processes, called TAP transport and MHC binding, are key to getting other immune cells to recognize and fight disease.

During my Ph.D. study, this was a wide-open field. You could do the obvious things and people hadn’t done them. Now that’s changed, and there is a wealth of people working in bioinformatics in immunology.

Collaboration has always been one of your strong suits. How do you go about bringing together immunologists with different backgrounds?

When I was working on my Ph.D., I realized the computational scientists didn’t talk to the experimentalists in other labs. We were just taking data from them and thinking we understood them. We’d throw some models at the scientists in the lab, but we didn’t understand the data, and they didn’t understand the models. This led to some early mistakes I could have avoided. That made me want to understand the experimental parts better: how the datasets were being generated and how to work with them.

I’ve kept doing that, talking to experimentalists and learning their language—and at the same time communicating what I am doing in a way that experimentalists can understand. Now my lab has both computational and experimental scientists, and collaboration comes naturally.

What are the challenges of directing a global resource like the IEDB?

It’s a very complex project. It was really initiated and led by my colleague Dr. Alessandro Sette, and I’ve learned a lot from him. Alex brings in his expertise from the biotech industry to manage big projects like the IEDB. One challenge is to manage these very different user groups. There are people who just want to use the database, and then there are the NIH funders who have very specific goals in mind. And then there are the bioinformaticians, who are just interested in downloading the data. We’re trying to understand what the different needs are.

Then there’s a big risk of becoming complacent. We’ve been constantly trying to reinvent ourselves since the IEDB started. The database was originally designed to be a rapid anti-bioterror knowledge generator, and then we shifted to asking questions about important diseases. What are the real threats and big health problems, and can we work on those? And now we’re working in the emerging field of cancer neoepitopes.

Do you have any advice for scientists just starting out in the field who want to combine bioinformatics with immunology?

I would highly recommend everyone studying immunology or experimental biology do some basic data analysis and programming—because this is not going away. For example, in physics, where I come from, it’s taken for granted that everyone can write computer programs. But that work is not called “computational physics,” it’s just called “physics.” In the same way, I think what we’re doing right now will be called just “immunology” or “biology.” The field is going to evolve, and if you have a bit of a quantitative background, it’s going to help you.

Did you always picture yourself becoming a scientist?

No, I think I decided I wanted to become a scientist when I started university and I saw professors teaching. I saw how much they loved their subject, even after working on it for decades—they still had passion for it. That really excited me.