Up and Coming: Haoyang Li, Ph.D. – An Inspired Vaccine 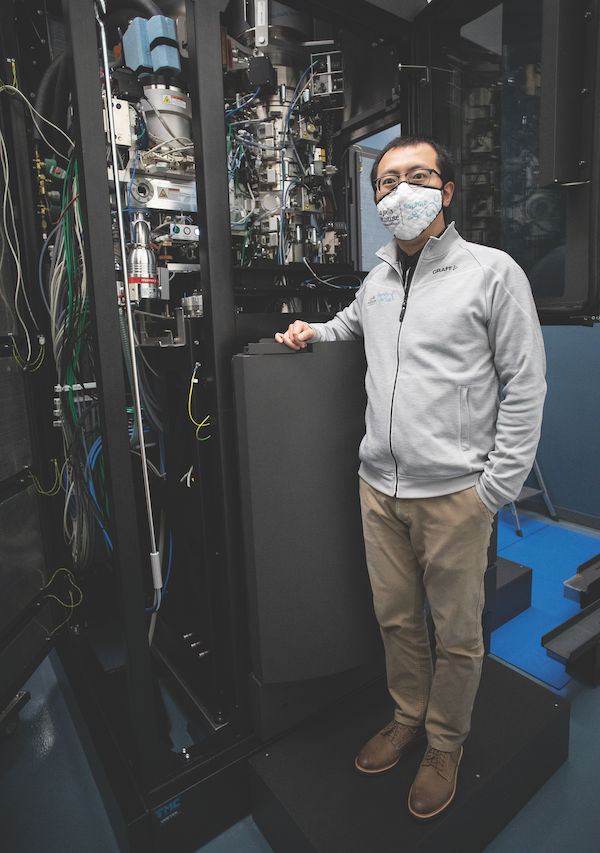 Haoyang Li, Ph.D., is no stranger to quarantine. He was in high school in China when SARS came knocking.

“My hometown was in one of the worst hit areas at that time. I know people who died,” says Dr. Li. “We were quarantining at home for four months—from April to July.”

During those days in quarantine in 2003, Dr. Li ended up picking up a book about viruses. And then another book. And another. He went on to pursue a Ph.D. in virology. The SARS outbreak had changed the course of his life.

Then, just as he started his graduate work, the biggest Ebola virus outbreak in history struck in West Africa. Dr. Li and his graduate advisor launched research into Ebola virus at a time when no other academic lab in China was focused on the virus. Dr. Li needed resources, and his search led him to studies from the lab of Erica Ollmann Saphire, Ph.D., who today serves as a professor at La Jolla Institute for Immunology (LJI).

“I read a lot of Dr. Saphire’s papers and cited her work in my dissertation,” says Dr. Li. Again,
a virus had changed the course of his life. Once he earned his Ph.D., he moved to California to work in Dr. Saphire’s lab as a postdoctoral researcher.

Dr. Saphire is an expert in structural virology. She and her lab members use high-resolution imaging tools to map viral structures in detail. These maps can reveal sites on a virus, called immunogens, that elicit human antibodies to stop an infection. Visualizing these viral targets is a crucial step in designing vaccines and therapies. “Nothing is better than seeing the details of the immunogen with your own eyes,” says Dr. Li.

Dr. Li continued to study Ebola virus at LJI when another virus emerged: SARS-CoV-2.
As the world began hearing more about lockdowns in China and infections on cruise ships, Dr. Li returned to an idea he had back in graduate school: a combined coronavirus/ Ebola virus vaccine.

“At that time, based on Dr. Saphire’s structures, I found that we could design a novel vaccine against both Ebola virus and coronavirus,” says Dr. Li.

“He came to me with this idea back in January, and I told him to go for it,” says Dr. Saphire.

Dr. Li hopes to take an existing Ebola virus vaccine, which has already been tested and approved for safety and efficacy, and add an important SARS-CoV-2 immunogen to the Ebola proteins used in the vaccine. “We hope to put them together to get a chimera immunogen,” says Dr. Li.

A multivalent Ebola/coronavirus vaccine might work well because the two viruses are
so different. The viruses originated in different parts of the world, and most people have never been exposed to Ebola virus. This means their immune systems would go into high alert if they encountered unfamiliar Ebola virus immunogens delivered in a vaccine.

The idea is that as the body responds to the Ebola immunogens, it would also build a strong immune memory of SARS-CoV-2. Two birds, one very sophisticated stone.

“Multivalent vaccines are the future,” says Dr. Li. “If this idea works, we would hope to rapidly design vaccines against unexpected pandemics in the future.”

He’s been spending long hours in the lab working on the new vaccine design and developing a test that might detect SARS-CoV-2 more reliably. Staying home was never an option.

“This time, I didn’t quarantine even one day. We had to keep working,” says Dr. Li. “We may be able to save lives.”