The story behind a vivid pancreas image 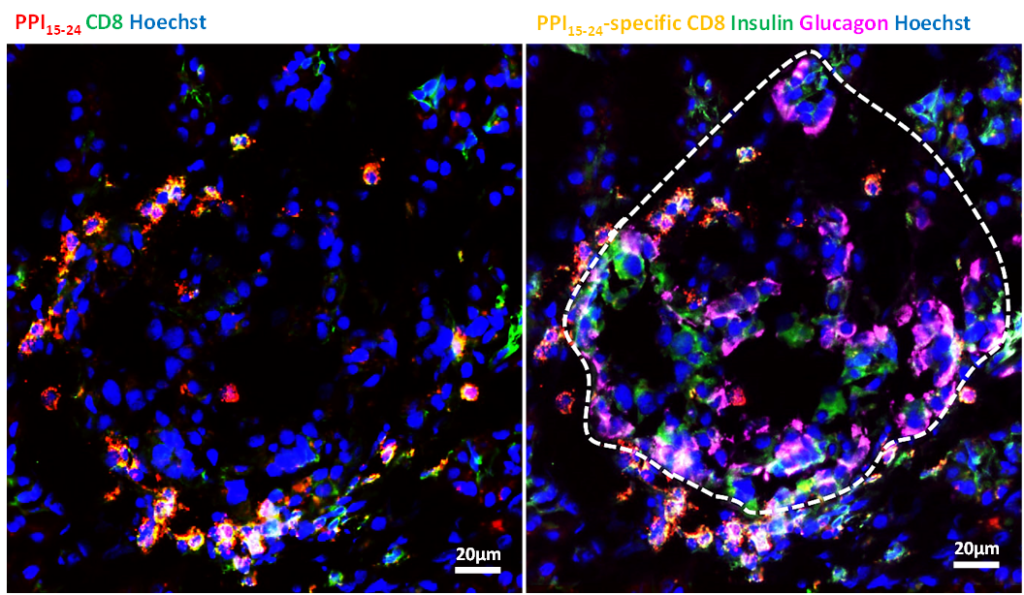 When the von Herrath lab at La Jolla Institute for Immunology (LJI) published a new type 1 diabetes study last fall, we were struck by the scientific images. The images showed how T cells that harm the pancreas’ beta cells (contributing to type 1 diabetes onset) gather near the beta cells, waiting to strike. What’s odd is that these T cells lurch around the pancreas in everyone—the researchers found them in healthy people too. This means something in people with type 1 diabetes causes an “unmasking” of the beta cells.

First first author and LJI Postdoctoral Fellow Christine Bender, Ph.D., explains how to read the image above—and how this research advances our understanding of a devastating disease: 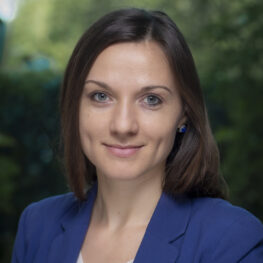 In type 1 diabetes, the autoimmune attack in the pancreas is driven by so-called autoreactive T cells. These cells react to particular molecules in the pancreas that they would normally ignore. Since less is know about the localization of these cells in the human pancreas, we studied CD8 T cells that specifically recognize preproinsulin (PPI), a precursor molecule to insulin, not only in pancreatic tissue samples of donors with type 1 diabetes but also in non-diabetic donors. Our main findings are that these cells are already present in the pancreas in non-diabetic donors. In comparison, PPI-specific CD8 T cells were predominantly found close to and in islets that still contained insulin-producing beta cells in donors with type 1 diabetes.

Our study shows that the presence of autoreactive CD8 T cells is by default whether someone has type 1 diabetes or not and that something is triggering them to attack the insulin-producing beta cells in type 1 diabetes.

This immunofluorescent image lets us better understand a pancreas section from a donor with type 1 diabetes. The left image shows CD8 T cells, which recognize preproinsulin, the precursor molecule to insulin. On the right side, we see the same tissue section re-stained for insulin (green) and glucagon (magenta) to visualize the exact location of such autoreactive T cells in the pancreas relative to the islets. The white dashed line indicates the islet.

Interestingly, in healthy donors, PPI-specific CD8 T cells were spread through the entire exocrine pancreas and were rarely found close to an islet.  However, in type 1 diabetes, these cells were not only in the exocrine pancreas but also closer to and within the islets. It suggests that during disease development, these cells recognize insulin as a target and migrate to islets. Overall, the numbers of PPI-specific CD8 T cells were higher in donors with type 1 diabetes than healthy donors.

To prevent and treat the disease, it is vital to understand how the immune cells attack the body’s own insulin-producing beta cells in the pancreas. The overall goal is to improve our understanding of the role of these infiltrating CD8 T cells in the disease before and after diagnosis. And finally, to provide an opportunity to intervene and stop this immune response from happening and prevent type 1 diabetes.

We’ll have more type 1 diabetes news in the Spring 2021 issue of Immune Matters, in the meantime, don’t miss other research updates from LJI labs. 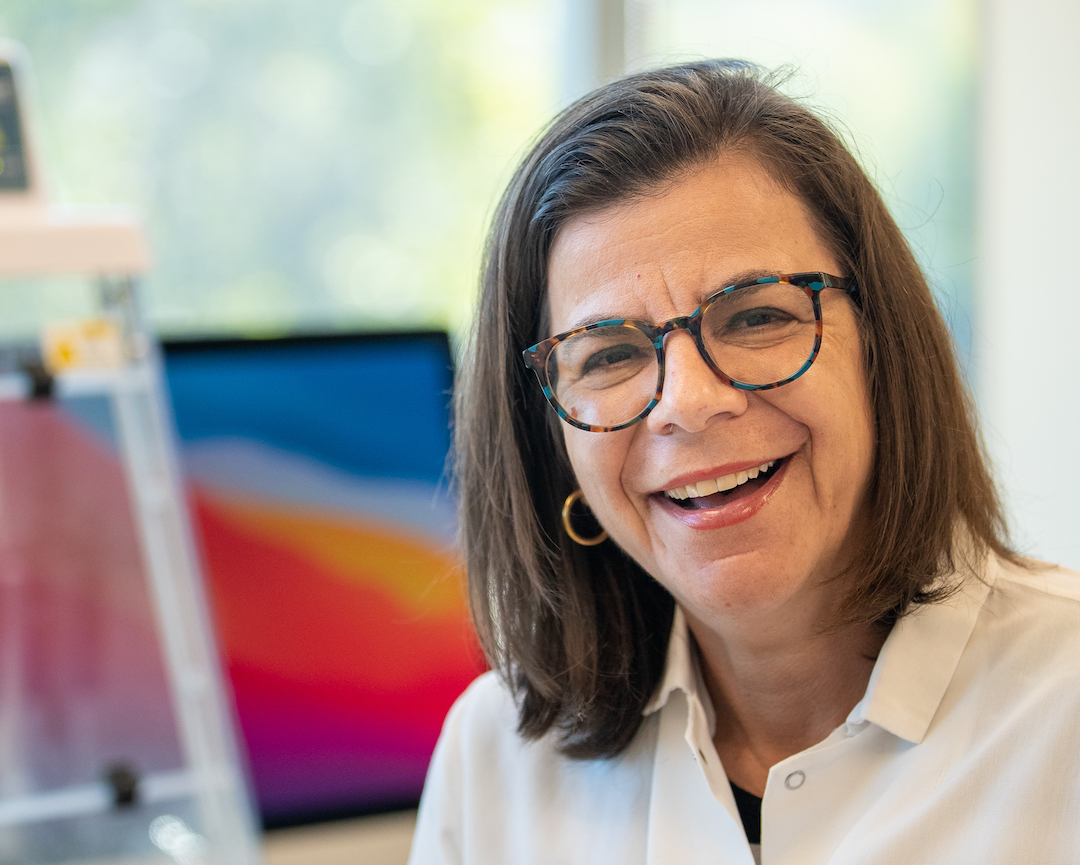