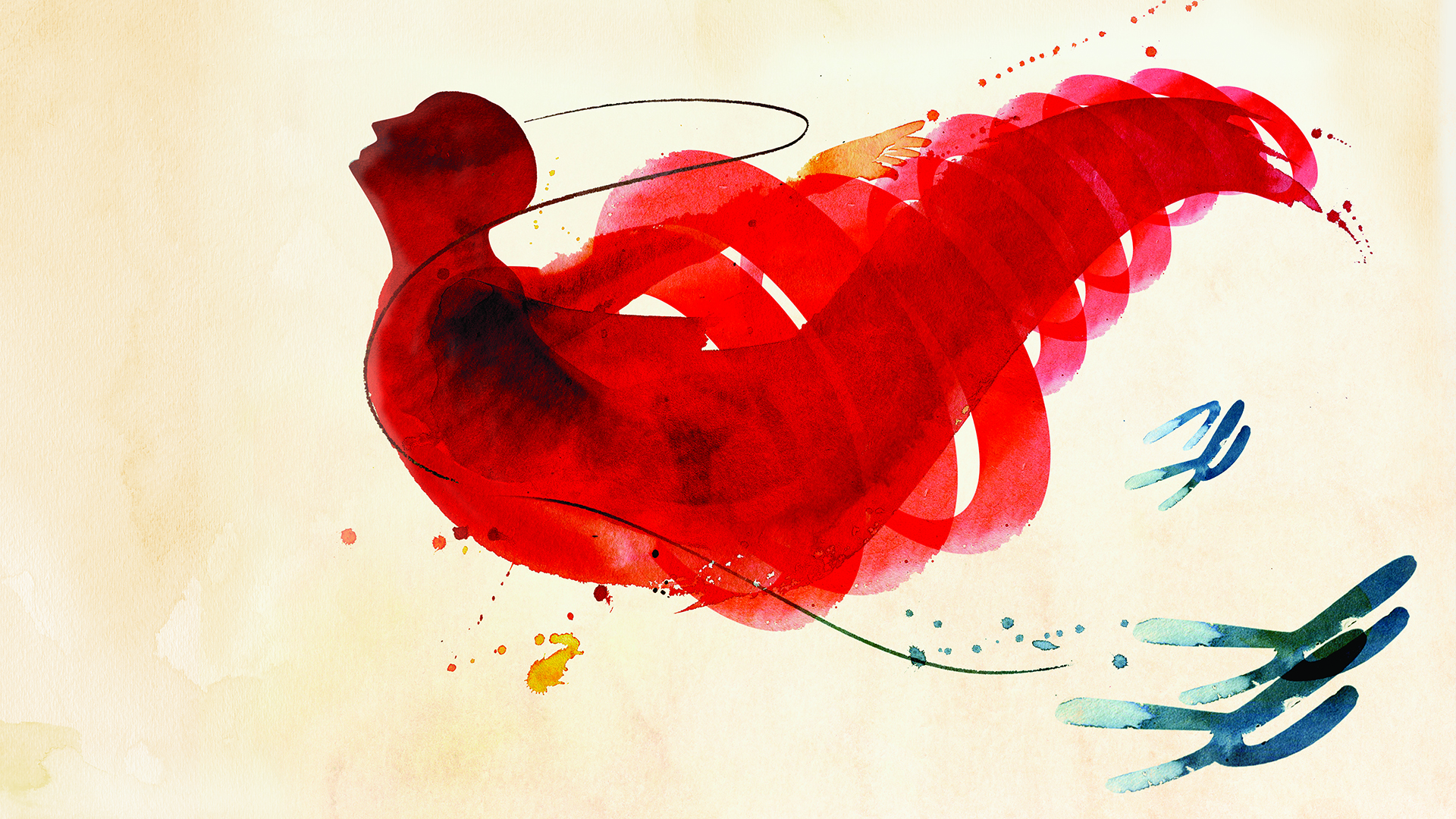 The blood still holds secrets. In the complex soup of cells and molecules of the bloodstream, La Jolla Institute for Immunology (LJI) Associate Professor Sonia Sharma, Ph.D., has found something odd.

Her laboratory has uncovered a specific group of bioactive lipids that show up in dramatically different numbers in men and women with inflammatory diseases. These lipids may be representative of the hidden factors that explain sex-specific differences in how men and women develop heart disease, Alzheimer’s, COVID-19, and autoimmune vasculitis.

For many years, researchers downplayed health differences between men and women. “Researchers believed that in general we should observe similar results in male and female mice, and if you didn’t, that was an ‘artifact’ as opposed to a bona fide biological phenomenon,” says Dr. Sharma. Clinical trials often enrolled only men.

Then, around the time more women began working in the sciences, researchers started asking new questions. What if we actually tried to learn from sex-specific differences? In 1986, the National Institutes of Health required grant applicants to include women in clinical studies. Once scientists started comparing cases, the sex-specific health differences were glaring. Women are better at fighting off infection but are more likely to develop autoimmune diseases. Men are more prone to heart disease and neurodegenerative diseases such as Parkinson’s.

“In some diseases, the difference is huge, so much so that you could basically say the disease is almost sex-specific,” says LJI Professor Klaus Ley, M.D. “For example, ankylosing spondylitis is basically only found in men, and lupus is five times more common in women. That teaches us that the immunology is different in men and women. There are many, many examples of this.”

Researchers at LJI are now working to understand why these trends exist. Some of it may come down to hormonal differences, but there’s more going on.

This new research into fundamental immune differences between men and women could have life-saving implications and lead to better medicine for all.

Science beyond the binary

We use “men” and “women” in this article to describe people assigned male or female at birth. This is a narrow way to describe sex and gender, and it leaves out transgender and non-binary people. By looking beyond assigned sex, we can learn even more about how individual immune systems combat disease. For example, new tools for sequencing single immune cell genomes are one way we can shed light on the diversity with in what we call “sex.”

Back to the beginning

This is a field with more questions than answers. A big one: When do sex-specific immune differences first show up in the human body? LJI Professor Lynn Hedrick, Ph.D., has found evidence that differences in male and female immune responses could begin very early on—when immune cells called monocytes first develop in the bone marrow.

The bone marrow is home to the stem cells that mature into monocytes. Researchers have found differences in the numbers and types of these stem cells between men and women.

Dr. Hedrick and her lab are working to tell these young cells apart. What early differences could change how future monocytes fight disease in men and women? “We can probe these questions in a really detailed, meaningful way,” says Dr. Hedrick.

Monocytes help with vascular health, so Drs. Hedrick and Ley are curious about their roles in heart disease, which tends to affect more men than women.

Dr. Ley is also looking closely at demographic data to identify a telltale molecular “signature” for heart disease risk. Through work with the NIH-funded Women’s Interagency HIV Study, he’s discovered women with HIV are especially vulnerable to heart disease, compared with HIV-negative women. His lab has uncovered several genes that may explain this difference. He hopes to analyze more samples from men to better understand sex as a factor for heart disease.

For all women, the risk of a heart attack goes up even more when they hit menopause—and no one knows why.

“Estrogen plays a role, of course, but it’s not the whole story,” says Dr. Ley.

Dr. Sharma agrees. Sex-specific health differences don’t just come down to estrogen versus testosterone. “It’s time to look beyond sex hormones,” she says. “There are other fundamental differences that we are only beginning to appreciate.”

Dr. Sharma recently joined forces with scientists at Cedars-Sinai Medical Center, the University of California, Los Angeles, and the University of Southern California to form the new Women’s Evaluation of Systemic Aging Tenacity (MAE-WEST, “You’re Never Too Old To Become Young”) Specialized Center of Research Excellence on Sex Differences (funded through a National Institutes of Health U54 Consortium grant).

Through her new collaboration, Dr. Sharma has the resources to look at sex-specific differences in early-onset dementia and Alzheimer’s, as well as vasculitis and COVID-19. She’s focusing on innate immune cells called stromal cells or endothelial cells.

Dr. Sharma is testing whether vascular endothelial cells fuel inflammation when they receive certain signals from bioactive lipids, called eicosanoids, a unique and incompletely understood class of inflammatory mediators in the blood. “Our hypothesis is that there are profound differences in the ways these stromal cells produce and respond to bioactive lipids in males versus females,” says Dr. Sharma. “Many immunologists focus on inflammatory cytokines and immune cell subsets, which are important, without realizing that eicosanoids and other bioactive lipids regulate both of these things.”

Meanwhile, LJI scientists are shedding light on the roles of an entirely different group of immune cells. 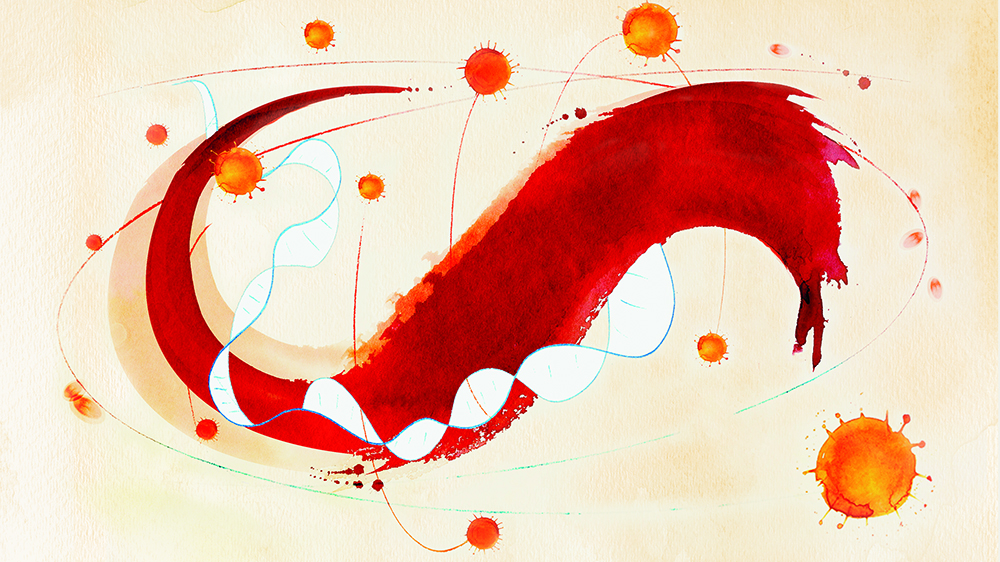 In 1588, Queen Elizabeth I gave a famous speech to inspire her troops as they prepared to face the Spanish Armada. “I know I have the body of a weak and feeble woman, but I have the heart and stomach of a king,” she said, telling her men to imagine her fighting alongside them.

Women appear to have stronger adaptive immune systems. Their T and B cells are better equipped to fight pathogens and destroy infected cells. The downside is that their stronger T cell response might also unleash more “autoreactive” T cells that mistakenly attack the body’s own tissues. That could be why women are much more likely to suffer from autoimmune diseases such as multiple sclerosis and lupus.

Scientists don’t know what triggers these T cells to attack. One theory is that the female immune system needs to be flexible to sustain a pregnancy without having immune cells harm the fetus. These immune system fluctuations could make the T cells in women more likely to become overactive and potentially dangerous.

Or not. Something complicated is going on in the female immune system. After all, not all autoimmune diseases affect women more.

Dr. Arlehamn has worked closely with Dr. Sette to show that T cells can mistakenly attack. misfolded proteins, called alpha-synuclein, that form clumps around the brain cells that die in Parkinson’s disease. This T cell activity is a sign that Parkinson’s disease may be an autoimmune
disease at its core. The team is now studying the numbers of T cells and their reactivity in men versus women.

“We’ve found there may be a difference, but we need to repeat this and do a more in-depth analysis,” says Dr. Arlehamn.

“There must be some basic difference between men and women. It might have nothing to do with immune reactivity, but at least we are in a position to start asking those questions,” adds Dr. Sette. 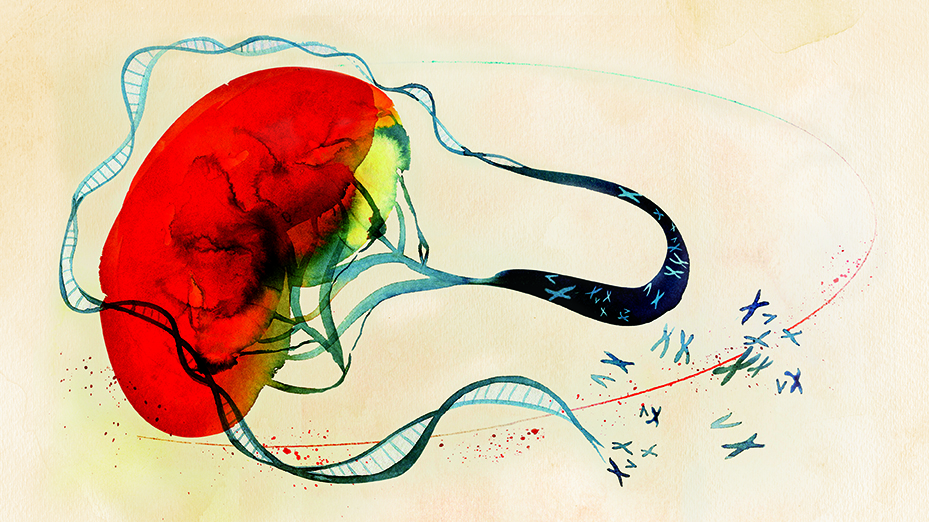 Secrets of the placenta

Back to pregnancy. A weaker immune system during pregnancy can leave a woman more vulnerable to infectious diseases.

This dramatic difference has motivated Dr. Saphire to look for sex-based differences in how future antibody treatments for Lassa could help women most at risk.

A pregnant woman’s immune system is also intriguing because it interacts with an unusual, transient organ: the placenta. The placenta has defenses to keep pathogens from getting through—and it normally does a fantastic job.

Zika virus is an exception. The virus can get through the placenta and cause developmental problems, such as microcephaly, in infants. LJI Professor Sujan Shresta, Ph.D., is investigating how. She’s published several studies showing how T cells in pregnant mice react to Zika virus—and how their young have fared.

“Researchers are used to being humbled by experimental results. Even so, our work with Zika has been a constant reminder of how little anybody really knows about the immune response at the maternal-fetal interface, and how important it is to better understand it,” says Dr. Shresta.

Dr. Shresta is now using mouse models to study how the “killer” CD8+ T cells that fight Zika in pregnant mice react to related viruses, such as dengue. This research could guide Zika and dengue vaccine design and help pregnant women deliver healthier newborns, even in areas where it is very common for mosquitoes to spread both diseases.

Dr. Shresta thinks a better understanding of the placenta and the maternal immune system could shed light on a huge range of pregnancy complications and autoimmune diseases.

As the new field of sex-specific immune research takes off, there’s a sense scientists need to make up for lost time. “You kick yourself for not focusing on it before,” says Dr. Sharma.

LJI will soon be training a new generation of researchers to consider sex-specific differences in immunology. As a council member for the NIH’s Specialized Centers of Research Excellence (SCORE) initiative to study sex differences in biology, Dr. Sharma will be leading the charge.

More men than women have died of COVID-19. Some of these deaths are tied to differences in biology. For example, men are more likely to suffer from heart disease, which can contribute to severe COVID-19 cases. Other deaths can be tied to societal expectations, such as a reluctance in men to seek treatment. (In the United States at least, fewer men than women reported they proactively sought medical help.)

Biology and society can come together to increase disease risk. That is why LJI scientists are looking at COVID-19 infections from many angles.

We know men tend to be more susceptible in general to acute viral diseases. To help figure out why, LJI Professors Alessandro Sette, Dr. Biol. Sci., and Shane Crotty, Ph.D., have been looking for differences in immune responses to SARS-CoV-2 in men and women.

“I think female patients will be more predisposed to the long-term inflammatory complications of COVID, in a similar way they are more susceptible to chronic inflammatory diseases that can affect many organs—heart, brain, lung, and kidney,” says Dr. Sharma.

LJI scientists also weigh how ethnic background, cultural practices, and the environment affect disease risk. For example, Professor Sujan Shresta, Ph.D., is studying the immune response of COVID-19 patients in countries such as Vietnam, Thailand, and Nepal, where she has close research partnerships. Such studies are expected to provide valuable insights on how to better control the global pandemic.

Science is a lot like detective work, and COVID-19 is revealing crucial clues about how immune system differences and societal differences intersect for men and women around the world.